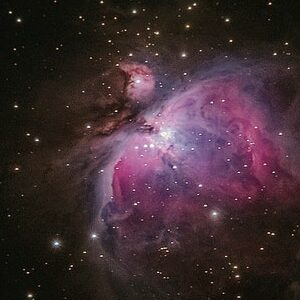 Who Wants to be King?

Thissraelle floated along through the mostly empty space of The Vast. She gazed at the distant and deep nebulae of magical color that coalesced and shifted there. Huge and small chunks of slowly twirling matter were drifting by, some far away, others closer. The infinite enormity of this extra-dimensional expanse in between worlds and realities always made her wonder. What was out there? What would she see? The Vast is so different from reality, but so real itself.

Her long, white dress billowed around her slender frame as she moved, pushed along by her own will. For so many months, she had been travelling and searching, and she had gotten very unaccustomed to wearing a dress. Cloaks, tunics, leggings and boots had been much more practical as she, Eddiwarth, and her other friends had been in the Great Reality, in the land of Wynne, tramping and fighting their way through the deep forest of Umbrawood, or hiking up the snowy forgotten trails of the Emberfire mountains. Now, reunited with her family, she found the simple elegance of a dress to be surprisingly comfortable. She hadn’t liked her mother’s suggestion that she wear it, though.

“I’ve fought dragons, mother,” Thissraelle had huffed, “so I think I can pick out clothing. I’m a grown woman, now.”

“Yes. You’re a strong, beautiful, grown, high-elven woman, so you can wear a nice dress.” Her mother had added, “It makes you look noble.”

She spun in the air as she moved. This dress had a wide, loose skirt, with the hem almost to her ankles. It did feel nice, in spite of the indignation. She was not tall, not even for a high elf, and her face was narrow and a bit angular, outlining delicately pointed features. Her normally flowing white hair was pulled back snugly behind her head, allowing the points of her ears full clearance. Not having her locks hang loose and flowing over her shoulders today was her passive act of insignificant defiance.

“Hmmm?” She flew, turned on her back, staring up into the skyspace.

“I was speaking. You’re not paying attention.”

Her new teacher’s comment startled her. She flipped, righted herself to a more alert posture, and aligned herself to match Heathrax’s motion through the air. “I’m sorry.” She reached up and flicked a loose strand of hair out of her eyes, then whispered, “The Vast gets me a bit dreamy sometimes.”

“Yess, I’ve noticed.” Heathrax hissed, with a bit of a laugh.

Careful, Thiss, keep your focus. Don’t blow this opportunity. You get to learn deep wizardry from one of the greatest.

She rushed forward a bit, hurrying to catch up to Heathrax’s enormous head as it swung back and forth, leading his thick snaking neck. She looked over at him. His eyes, gentle though they were, were larger than her head. They looked forward out over his long gray scaly snout. It got narrower further from his brow, but not to a full point. His mouth, easily large enough to swallow her whole, was rimmed with sharp and harsh fangs that would have filled her with terror in any other circumstance. Under his nose, the folds of his lips stretched outward into a long and flowing moustache of gray and white tendrils that flew like streamers behind him as he swam, eel-like, through the space. They gave him a distinguished look of wisdom and kindness. Spikes and horns crowned his head, with a line of tall spinal ridges down his neck. His scaly skin carried the many shades of white and gray of clouds after a storm.

“We are almost to the portal. Have you decided which of the magics you want–”

“So, I’ve got a question,” Thissraelle interrupted.

Heathrax’s eyes narrowed as he regarded her for a moment. “Yes?” he finally said.

Heathrax’s laugh eased her mind for a moment, before she continued, “So, why would people worship dragons?”

The dragon huffed in mocking offense. “Don’t you think we’re worthy of worship?”

“That’s not what I meant!” She scowled at him. “You are amazing and powerful and smart and wonderful, and…”

“…But I mean, you’re not, well, GODS, right?” She could see, looming in the distance, a now-familiar rock formation. They continued to approach it. “I mean, The Dragon’s Flame… The bad guys, the group that was trying to kill me down in Wynne, they’re all about worshiping dragons, right?”

Heathrax began to steer toward the massive floating island of stone. “Well, we did start the world.”

“What? I thought the Creator made the world.”

Heathrax nodded. “Well, it’s said that he made some helpers.”

As they approached the large level terrace built into the otherwise randomly shaped rock, Thissraelle was silent, so Heathrax continued. “The story goes that here, in The Vast, in the chaos of colliding matter, magic, and energy, is where Yumirin lived and walked.”

“You know him as The Creator,” Heathrax clarified, “But we dragons use his name.”

“Yumirin drew colors from the great clouds of magic in The Vast and formed the six essences, in three opposing and unified pairs. The first two were white joyful lights, and the shadows of sorrow and suffering. For the second pair he drew the reds of fire and destruction, and the greens and browns of nature and creation. Finally came the blue essences of intelligence and order, and the grey swirls of chaos in the dimensions. Under his will, they all took the form of great and powerful dragons.”

“That’s all of the magics. I never thought of them in opposition like that,” she said, stepping down onto the terrace. “I would have thought that my father would have taught me something as fundamental as that.”

“They are not just in opposition, though. They were formed from the same essences, and support and contrast each other. Look at your hand. One side is lit, the other is in shadow.”

Thissraelle did, and was thoughtful for a moment. “That makes me think of DeFrantis. My friend used to use shadow magic to heal.”

“Hmm. That’s because shadow has the realm of suffering and hurt. If you can control that magic, you can remove someone’s pain.”

Heathrax nodded. “So, you see what I mean? They are intertwined. Opposite, yet united.”

She looked at her hands again, thinking of the magic she had often felt in them. There is so much more to this than I have ever understood. Like all my life I’ve been nothing more than a street-show magician, doing funny tricks for passers-by.

“So, does it even matter which one I study first?”

Heathrax moved his clawed and gnarled hands in a circle and a brilliant explosion of gray opened a hole in the space before them. She could see the snowy rocks of an Emberfire mountain peak through the portal. “No. Not really.” He gestured to it, “Shall we?”

Author’s note: Hey, help me out, here! Which type of magic should Thissraelle start studying? Should she continue with light, or learn shadow? Learn more in her mental powers, or develop her dimensional magic? Maybe learn striking powers, like Eddiwarth, or Nature?

Add your idea in the comments below.

One thought on “219 – “Making Connections” – Thissraelle”