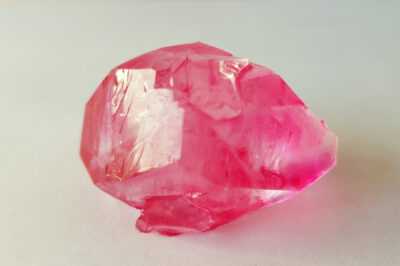 “Karendle!” Thissraelle called out as she burst through the door. “I have something for you! A gift!” Eddiwarth followed, his hand in hers, being pulled like a donkey on a lead.

Karendle’s face bounced up. She was sitting, slouched in one of the great padded chairs in the center of the spacious Jaxil family library. She was shorter than most human women, and slightly huskier in the shoulders. Her long and thick red braid over her right shoulder confirmed her dwarven heritage, even though her facial features favored her human mother. She wore a linen tunic and a dark woven vest. One booted leg was raised and crossed over the other, her ankle stretching out the fabric of her brown leggings. “A gift? For me?” She raised her eyebrows skeptically and pointed at Eddiwarth. “I hope it isn’t him.”

Parith laughed as he followed Eddiwarth, nudging his friend’s arm. “See? You have all the women fighting over who has to take you!”

Before Eddiwarth could protest, Thissraelle kissed his cheek. “No! I’m keeping him.” Still, she let go of his hand and strolled over to the ring of chairs, dropping into one near Karendle.

Eddiwarth smiled. I haven’t seen Thissraelle this lighthearted since the early days of Dirae, after the rescue. She got downright… dark while we were in the forest. Now she’s back here with her family, with friends like Karendle, and learning magic with Heathrax. She’s in her place. They crossed to the other chairs.

“I think he’s still meditating.” Karendle shrugged. Beyond the circle were elaborately worked wooden shelves and racks of books and scrolls. The rugs underneath their feet were lush, with exotic designs. Felisian maybe? They look eastern. Expensive. He sat down next to Thissraelle.

Is this my place? How can I possibly fit into this wonderful world she’s got?

Thissraelle pulled out a small cloth pouch and set it on the low round table in the center of the chairs. She was fussing with the leather ties holding it closed. “So, while I was in Heathrax’s cave doing my exercises today, I found these. I asked about them, and he said I could take what I wanted.” She got the knots loose and gently shook the overturned bag. Three large gemstones clattered out onto the table. “Right away, I thought of you! So, I picked these out.”

Eddiwarth watched Karendle catch her breath. “Oculi,” she whispered, but hesitated to pick them up.

Thissraelle just smiled, then gestured at them. “Go ahead.”

Karendle reached for the emerald, but stopped herself. “I don’t know, Thiss.”

Thissraelle put her hands on Karendle’s shoulder. “It’s OK. Go ahead. Ever since you lost your others in the fight on the bridge, I could tell you’ve been a little… well… lost.”

Eddiwarth nodded. Yeah, we all sort of have.

Karendle picked up the green gem and hefted it in her palm. “Shaking earth! A nature stone! This feels heavier than the other one I had. It’s more dense, maybe? Or maybe more empowered…” She reached with her other hand for the ruby. “I’m not feeling anything in this one.”

Karendle looked intently into the facets of the red stone. She turned it in her fingers as she inspected it, wiping it with her thumb, then set it down. She picked up the sapphire. “Oh, yeah. This one’s got some powers. I can feel it in my mind already!” She cradled it in her palm, then flipped her hand over and pointed her finger at the ruby. It jumped into the air and hovered where she pointed. Karendle drew circles in the air and the gem danced along with her finger’s motions. Grinning, she turned her hand over again and stared into it. “This one is so much easier to use than the one I lost! It’s like… the power is clearer. Thanks, Thiss!” Eddiwarth leaned forward and strained to see.

When Karendle dropped her focus, the floating ruby dropped to the table, clattering until it stopped in front of Eddiwarth and Parith. Eddiwarth carefully picked it up. He tried to look into it and see what Karendle had meant. It felt cold and smooth, just like every other oculus gem he had ever seen. “I don’t see what’s so special about it.”

Eddiwarth turned it in his hand, watching the reflections flash on its facets. “Raw?”

A deep voice interrupted, “It has been cut, but not yet been refined or empowered.” The group all turned to see Jaxil, Thissraelle’s father, standing just outside of the circle of chairs. He was thin, and his face long, with flowing white hair hanging from the sides and back of his otherwise bald head. He had a long but well-groomed beard, also white. His eyes were a light azure but seemed to Eddiwarth to be as harsh and sharp-edged as the gem he held. Jaxil began walking around the perimeter of the chairs. “To make a gemstone into an oculus, it goes through a long process of purifying in intense heat, then is dosed in magic before it’s allowed to cool. That is repeated a number of times before the oculus is complete. Here in Emberfire, we use the volcano’s heat for the refining.” He stopped behind Eddiwarth, reached over the chair, and took the red gem from his hands. “The gem must be able to withstand powerful pressures and intense heat.” He looked down at Eddiwarth. “Much more than any… ordinary stone… would have to.”

“That one has a lot of inclusions,” Karendle interjected. “I’m not sure it would work for an oculus. ”

Jaxil raised his gaze to Karendle in surprise. “Really? You’re very observant!” He stepped around to her chair.

Wait. Are they still talking about the oculus? Or…

“Well,” Karendle said, “My dad was a gem dealer. He used to buy raw gems from the mines and cutters and resell them to mages and jewlers in Twynne Rivers. That’s how he met my mom.” Karendle took the ruby and looked at it again. “He showed me some of the things to look for. Just for fun, I guess. I’ll bet he would say that this one might not be able to handle the stresses of magic.” She set the gem down on the table again.

“A Gem dealer? Really? That’s what my father does,” Thissraelle jumped in, excited. “Right?”

Jaxil nodded. “Well, I’m probably a little bit higher up on the supply chain from the dwarven mountains, but yes, that’s essentially it. When the troubles began in Twynne Rivers, my dear wife fled here to Emberfire City. I was afraid for her safety. Then, when the guild was completely shut down, I left and joined her. Since then, I have made our life here as a merchant of gems to the oculi-makers.” As he finished speaking, servants behind him brought food into the room on trays and set them on the large wooden table between the shelves.

Thissraelle sat up in the chair and stretched to look behind her. “Oh, are we eating in here today?”

“Yes, well…” Jaxil coughed. “Your friends are. Your mother wanted you to join us at the family table in the dining room.”

Thissraelle furrowed her brows and glanced around the small table at her companions. “But… No… Can’t we all…”

Jaxil turned and walked to the door where the servants had entered. The sleeves of his elegant tunic fluttered. “Come, dear. We have family matters to discuss.”

As Thissraelle slowly stood, she looked at Eddiwarth. She nodded reassurance, but her face showed a touch of confusion. As she left, Eddiwarth picked up the ruby and held it in his palm.

Authors Note: What should Eddiwarth do to hold Thissraelle’s attention, or to win over her father?