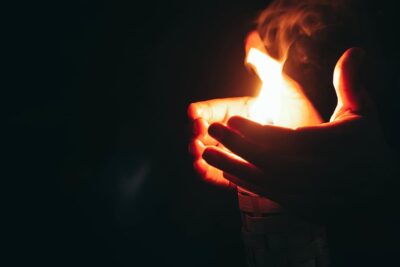 A cold breeze shivered down Eddiwarth’s neck as he leaned against the stone railing of the top floor terrace of the Jaxil family home. A bright and full eastern moon looked down on him like the older and smarter instructors of the old Twynne Rivers Wizards Guild, shaking their heads and scratching scathing notes onto class mark ledgers. The surrounding stars twinkled like the sniggering laughter of all the other students that he had thought were friends. Gentle warm steam drifted past him before dissipating into the dark cold. He dropped his gaze from the sky to the thousands of lights cascading down the slope of the mountainside, layers of criss-crossed streets.

I should have paid more attention in the guild hall. I should have taken things more seriously. He choked a sad laugh. I didn’t take ANYTHING seriously.

He turned around and faced the patio, leaning back against the same railing. The terrace wasn’t huge, but large enough for a comfortable social gathering. Small round stone tables and chairs to the left and the right waited for Winterfest parties to come soon. On the tables sat wooden crates holding tiny bottles with oculus gem shards, and delicate snowflake decorations. Thissraelle’s mom had brought them up from storage closets down below, but had not yet had time to make the patio festive. That was on the plan for tomorrow. Across the floor from Eddiwarth was a wall with windows and a doorway, illuminated by a dim glow from inside the home.

Thissraelle had gone to bed early. At first, after dinner, she and Eddiwarth had snuggled up by the fireplace in the library, but she had been unusually quiet. That had made Eddiwarth nervous.

He studied the red gemstone in his palm, turning it with his chilled fingers. Between the windows and the moonlight, it glistened with a haunting emptiness. It was raw. It had no brilliance. No use. No magic.

Shaking stones! Thissraelle has magic. Jaxil has magic. This whole steaming city has magic. His brows dropped and his eyes narrowed. He stuffed the stone into the pouch on his belt and cinched the drawstrings tight. He rolled his head on his shoulders, stretching his neck, and strode to the center of the terrace. As he turned slow circles on his feet, he flexed his shoulders up and down.

Well, I have magic, too.

He stopped stretching and held his palms out to his side, about as high as his waist. His turning slowed to an easy, steady rotation. A flicker of heat burned deep inside him. It felt a lot like his will, but it could have been anger.

As he turned, a small circle of tiny flames began to appear on the floor a few yards from his shifting feet. At first, they were like candle flames, without wicks or wax, but growing, soon a few inches high. He felt the fire inside him as the will flowed out from his hands. It spread on the floor, merging into curving lines, and finally into a full burning circle around him.

He spun a little faster and urged his will on. He felt the heat rising up, flowing through his arms. Sweat beaded up on his forehead and drizzled down his back. A little faster now. Steady…

His eyes danced from flame to flame, trying to keep himself from getting dizzy. He held his pace. The flames rose to waist high, and the heat was twirling around him. Steady. In control.

He saw an ornate wooden rocking chair burst into flames. He jerked his eyes wide in surprise. It’s just a memory. Keep control. Stay firm. Sweat dripped into his eyes, stinging, and he blinked it away.

A table. Engulfed in fire. Burning book pages floating through the air, curling into ash. No! He closed his eyes, his feet still spinning. Everything is hot and burning. The carpet, the tapestries! I can’t breathe! Mommy! Daddy! The heat pressed in on him, painful, burning. He coughed and sucked in the air, but it burned his tongue and his throat. The orange and yellow flames filled his mind. All around him was a terrifying inferno. He could see a door open and his father shielded his face while waving his arms, calling out to Eddiwarth. Eddiwarth tried to scream but couldn’t. He had no breath.

Eddiwarth forced his eyes open and saw the swirling vortex of heat and flame he had created on the patio. He flailed his arms to disrupt it, but could not stop the spinning. His heart raced and his head sweat. His legs weakened and failed him, and he tumbled to the floor.

Immediately, the flames released from the floor and flickered, dissipating upward into the night. Cool wind rushed over him, drawn upward by the vortex, blowing his hair and shirt. Eddiwarth gratefully sucked in the air. He lay on the ground, shaking from the memories, and shivering from the frigid air on his sweaty skin.

He reached out and touched the hot stone floor, making sure that it wasn’t the charred rug of his childhood home. He raised his head. The stone tables were still there, unscorched. He sat up and crossed his legs, resting his face in his hands.

I guess I’m not so much in control. Just like then.

Eddiwarth raised his gaze to see a silhouette standing in the doorway. Starled, Eddiwarth jerked his head fully up. The tall lanky figure stepped forward and into the brighter moonlight. His face was long and thin and his dark hair was pulled back behind his head. He wore a stiff tan shirt with brown trim that looked like it was two sizes too big for him. His leggings were equally baggy, and almost, but not quite halfway to his ankles. He leaned forward and offered a hand out to Eddiwarth. “I’m sorry,” his deep, familiar voice said, “I didn’t mean to interrupt you. I was also mediating, and happened past.”

Eddiwarth smiled. “No problem, Korr.” He accepted the hand, and Korr pulled him up to his feet. Eddiwarth straightened his wet shirt and his composure. “Did you get any dinner?”

Korr shook his head. How much of all that did he see?

Eddiwarth wiped his brow. “I think there’s still some bread and cheese left in the library. I’ll show you.”

They walked through the hallways in silence, a common occurrence for Korr. Eddiwarth had traveled with him for several months now, through woods and mountains, and still didn’t know him very well. When he did speak, though, it was usually something wise.

“I remember,” Korr finally shared, “my master making us stare into candle flames and study the way they danced with the air currents.” Eddiwarth watched his friend. Korr continued, “He said we should try to ‘be the flame’.”

Korr sighed, “Yes. I didn’t understand it, either.”