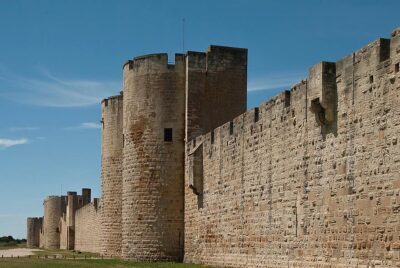 She shivered under her thin and tattered cloak as she walked down the dark street beside the Twynne Rivers city wall. It towered up to her right, made of huge gray blocks of cold stone. The northern winter winds weren’t so strong here on its southern side, but that fact didn’t seem to matter so much.

I have to get to the bridge fast, or the tower will be closed and I won’t be able to cross the river. She picked up her pace, in spite of the pain in her feet. I don’t want to be in the Red Boar Guild’s neighborhood at night. And I definitely don’t want to be near a watchpost when curfew drops.

Buildings rolled by her on her left as she strode. A few of them were well-built structures of whitewashed wattle and daub, or even strong wood, but most were barely more than shanties of boards held together by twine and faith. Occasionally a glimmer would cut through a gap or shine out of a window and illuminate the way in front of her.

Shylai’a also didn’t want to end up trying to find an empty shack to sleep in that night. Not only would they be drafty and cold, but unsafe as well. She did have a sword, and she knew well how to use it, but if she found herself surrounded by one of the gangs or a guild of thieves, that would be a problem. She was young and strong, in spite of the cold, but she didn’t want a skirmish slowing her down.

She heard singing drifting through a gap between the buildings. It sounded like people in a pub celebrating Winterfest. Her pocket jingled and her empty stomach grumbled. She slowed her pace for a moment. I only begged up a few coins today, but that could get me a bit of bread and a hot ale. She stopped walking and imagined how good that would feel inside her, filling her belly, warming her blood.

But I still wouldn’t have enough to stay at the inn, and I’d miss the bridge. Then I’d have to find some empty shelter here. She sighed and jogged away. I’ve got to get to the chapel across the river.

After running a ways, she reached where an enormous round tower jutted out from the wall, interrupting her path. She paused and took a few frosty breaths. The top of the tower was lit up by bright oculi and lanterns of many different colors, and long cloth Winterfest streamers flew in the light, hung on poles above the parapets. This will be where the wall bends north a bit. I’m pretty close to the bridge, now.

She turned to run the perimeter of the tower base, but halfway around she froze and jumped back into the shadows. A patrol of the city guard stood by short steps leading up to a doorway into the tower. They wore heavy cloaks with the livery of House Twynnham, the King’s house, emblazoned on their backs. Their shoulders were broad and intimidating, but Shylai’a knew that was more because of their padded gambeson armor underneath the cloaks than any strength regimen. I should be wearing that cloak! Her shoulders tensed and her dark eyes narrowed. Last summer she had tried to join the guard. After the dragons had burned down the cathedral, they were recruiting heavily. Even still, they hadn’t wanted a girl in their ranks. Well, except to do their laundry.

In the distance, a church bell’s chime drifted over the wall.

“Flames!” She hissed through clenched teeth. “Flaming flames!” Shylai’a knew what that meant even before she counted the tolling. Curfew had fallen, and if the guard saw her, they would arrest her, especially this close to the wall.

I am near the bridge. Maybe if they’re slow to shut it down, I can still get across. She leaned out and looked around. To her right was the tower and the guards, three of them. There were dimly lit sheds and shanties to the left, separated from the wall by a wide walkway. The guard arrested anyone that built up against the stones of the wall. If I can get across to the shanties, I can probably run through the backways and circle around to the bridge. Well, no time to wonder.

She saw a gap between two structures just beyond the walkway, illuminated by lantern light from the tower and its windows. She looked in deeper, but couldn’t see how far the passage went. Shylai’a figured it would likely open up into a wider street at some point. She glanced back at the guardsmen. They were a bit too close. I’ll have to be quick.

She set her feet, ready to run, steadied with her hand on the rock of the tower. The nearest guardsman drew on his pipe and casually turned away from her. She dropped her knee and leapt.

She heard them shout as she disappeared into the darkness. She didn’t stop to see if they had followed.