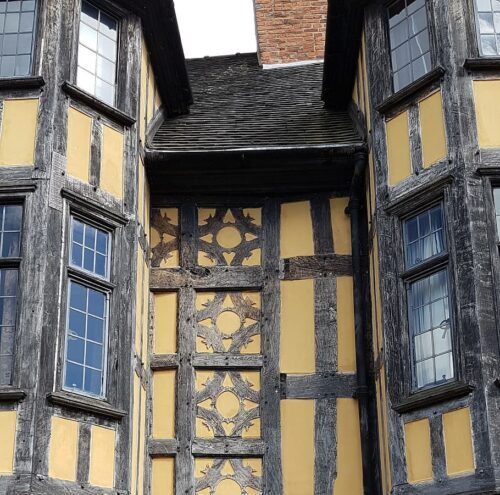 A cold fog surrounded her and dull pain radiated from a spot on the back of her head. She tried to open her eyes, but wasn’t really sure she wanted to.

“Hey! Shorts!” A shout echoed through her awareness, bringing her back to full consciousness. “Get up!” She rolled to her side and tried to raise her head. It still hurt. What hit me? She remembered. The mage. He’d thrown some kind of blast at her. It had knocked her hard against the wall.

“What about this one?” another voice said. She pushed herself up and blinked her eyes. The company Sacerdos stood by looking down on her. He wore white priesthood robes emblazoned with the three stars of the Church of Three Lights and carried a staff with a glowing white stone on the end of it. “Is she hurt?” Shylai’a grunted and wiped her face with the back of her hand.

“No, don’t bother with her,” the commander barked, “There are others over here that need it more.”

Shylai’a tried to blink away her throbbing head. She stood and braced herself on the upturned table nearby. She looked around the room. It wasn’t too large, like a gathering or sitting room. There were a few tables, comfortable chairs, and shelves, all now tossed around the floor. A few of her group, mostly spearmen, stood guard while others pushed bound prisoners out the door into the cold.

Shylai’a muttered, “I guess we got them, then, right?”

“We did,” said a spearman standing next to her, “no thanks to you.”

“What?” Shylai’a barked, shooting a vicious glare at the man. She recognized him. He’s the one that should have been my point! He should have followed me in and backed me up! Her face suddenly burned hot and she felt her heart rush. “No thanks to me?”

The man laughed. “Yeah, Shorts,” he spat her name out, “you were the first one down. What happened, little girl, can’t you stay on your feet in a fight?”

“What!” She shouted. “ME? Where were YOU? You were supposed to be my point! Remember? You’re supposed to follow me and Borga in. He’s the rock, I’m the blade, and you’re the point!”

“Watch yourself! I know how we do it.”

“Not so well, apparently. I had two men at me right away! You’re supposed to reach in with your spear and take one! That’s why you’re called ‘the point’! Where were you?”

“That’s it! You flaming idiot!” Rage balled up in her fist and she plunged it deep into the spearman’s unsuspecting gut. He coughed and doubled over. In a swift motion she grabbed his spear, spun it around her back, and swept it under his legs. He toppled backward and landed hard on the ground. In a flash she had his spear point right under his chin.

“SHORTS!” Her commander bellowed. “Put that DOWN!”

She fixed her antagonist with a harsh burning glare, sucked in a deep breath, and tossed the spear aside.

“Shorts! Outside.” He stepped over and pointed at the door.

“Quiet!” He pointed more forcefully. “Out with you. I’ll deal with you in a minute.”

Shylai’a narrowed her eyes. The entire raiding group was staring at them. Some had stepped into the doorway from outside to see what was going on. Calm, calm. Remember what mom said. You can’t fight them all. Shake it out. She rolled the tension out of her shoulders and shook her arms. She bent down, picked up her sword, sheathed it, and adjusted her gambeson. Holding her chin high, she stepped onto the fallen point man’s belly as she strode out the door.