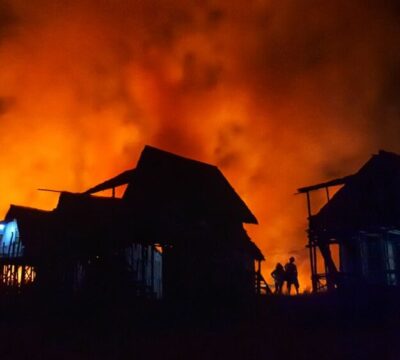 Snow blew past Shylai’a’s face. She sat on an overturned barrel across the street from the house they had just raided. Clumps of flakes landed in her hair and melted down her neck, giving her chills. Her crossed arms leaned on one of her knees, raised up to her chest, and her clenched chin tapped lightly on her arm, even quicker than her heartbeats.

How am I supposed to work with my point men if they’re not there? And why am I in trouble if someone else isn’t following orders?

A half-dozen men knelt in the snow near the front door of the house, dimly lit by the glow of the windows. Their hands were tied and their heads bowed. Whenever one of them dared to look up, one of the guardsmen behind them would jab his head back down with the butt of his spear.

Occasionally, one of their militia would step through the house door to converse with a comrade and then return. Shylai’a just sat, tense, waiting for the moment when her commander would come out and shout her down, yet again, for…

For what? What did I do? Everything I do is wrong! Her nose burned, partly from the cold, but also from the heat in her frustration. She wiped the melting snow dripping down her face with the back of her hand, then leaned back and stuffed her chilled hands in her pockets. Her raised knee bounced with tension.

To her left, barely visible in the lampglow, stood a line of confused neighbors, trying to see what was happening. Mostly wrapped in blankets and housecoats, they shivered in the snow, unable to pull themselves away from the spectacle unfolding before them. Men and women, and even a few children, all strained to see. Shylai’a studied them. They held their arms tight, fighting off the cold, many of them families. They didn’t talk much, just an occasional plea to the Creator or a child’s whimper.

She caught a glimpse of a woman holding her child close. The woman looked out across the street while trying to stay hidden in the crowd. She seemed to keep her attention on the captive men on their knees. For just a moment, her gaze met Shylai’a’s, then glanced down in fear.  Immediately the woman scurried away, mixing with the others.

They all look afraid. Why? She looked down the street past the raided house and the guards to see more lights in windows and more spectators in the snow. What are they afraid of? We’re cleaning out their neighborhood, aren’t we?

The militia commander and the priest marched out of the building into the snowy street. Shylai’a straightened and shook the flakes from her hair and shoulders. The remainder of the militia left the building, tossing two more captive men onto the ground. They kicked the men into kneeling positions while the commander stood by with his hands on his hips. Shylai’a rose and took a few crunchy steps toward her unit.

“Good people!” the commander shouted. “Good people of Twynne Rivers! These men of this house are traitors! They are treasonous men of the Boar’s Head faction, plotting the downfall of your King, may he live long and protect us all!” A murmur rushed through the people. “They have consorted with bandits and even wizards! They will be taken into custody and tried for their crimes!”

The Sacerdos spoke next. “We will cleanse this place of all unworthiness! We will show what happens to all who oppose your righteous King!” He held his staff over his head and the white gem dangling from the end began to glow. The soldiers all moved away from the raided house and the crowd pushed forward a step or two to see better. What’s going on? This didn’t happen in the last few raids. The priest was just there for healing! What’s he doing?

The priest twirled the gem in the air over his head. The glow grew more and more intense and harsh, making everyone around it shield their eyes. He swung the staff wide, pointing it at the house. A fierce blast of light crackled from the staff and exploded into the lower level of the building with a deafening shake. Rocks of plaster, splinters of wood, and shards of glass sprayed out from its facade. The crowds cowered away from the falling debris and screamed in shock.

The priest swirled the gemstone again, rebuilding its light. The people clamored to get further away, but didn’t flee. The soldiers turned their backs or shoulders for protection.

The priest threw a second bolt deeper into the house. Its explosion shook the ground and made the buildings built close on either side sway and creak. More debris flew out of the shattered facade. The upper level surged forward and down on creaking beams.

In the noise, the commander barked some orders at the soldiers, who moved forward to lift the captured men to their feet. The soldiers marched off with the men in tow, leaving a contingent of the militia on guard. The commander nodded to the priest, who threw a final blast into the house, collapsing it into rubble in the street.

Shylai’a looked on, her brows furrowed. The remaining militia formed a perimeter in front of the spectators and began advancing. The crowd, seeing them come, fled into the snowy night.

Shylai’a slowly turned as the scene disassembled itself.  Soon the people were gone, the noise of the crumbling house receded into the softness of the falling snow, and the darkness of night returned. Only her commander remained, flanked by Till and another spearman.

Her confusion suddenly drained, replaced by her own tension. She wondered what was to happen now. Demotion? Isolation? Expulsion? She steeled her jaw, refusing to show any fear. I can take whatever he can throw. I can–

“SHORTS! STAND FORWARD!” She jerked immediately to attention before him. His angry eyes dug into her face. As her breath froze before her, he stepped aside. “March.”

The other two soldiers fell in at her side, towering above her. She looked at them with uncertainty. Then one of them shoved her shoulder with his spear and she lurched through the snow.