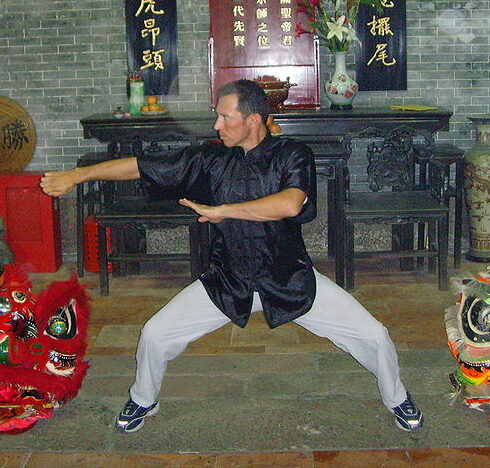 The single candle flame burned steady, only occasionally swaying gently from side to side. Eddiwarth’s frowning eyes focused on it with a stern and forced concentration.

The sparse room around him was dim lit only by the candle and a lamp on another table.

Be the flaming fire.

The small tongue of fire on the wick flickered and danced as his exhalation blew across it.

He held his breath for a moment and the flame stabilized into its former posture and brightness. A thin wisp of smoke rose straight up into the air above the candle before curling and twisting around on itself and dissipating into the dark.

Beyond the smoke line, Eddiwarth saw the lanky figure of Korr, his feet planted firm on the stone floor, his knees bent, and his hands circling and punching the air before him. Usually when Korr practiced his fighting forms, he punctuated each strike with a grunt or a shout. This time, he moved in silence, presumably to let Eddiwarth focus without distraction.

What is smoke anyway? Is it hot like flame?

He clenched his eyes and shook his head to shake away the distractions.

He sighed and opened his eyes again, staring at the candle once more. He shifted his weight on his knees. They were getting sore, but he tried not to think of it.

Be the flaming flame…

What is flame? What’s it made of?

Her hand on mine…

“Ahh, flame it!” he shouted and stood, waving his hand at the candle. A sudden burst of orange heat rushed out of his palm and engulfed the tip of the candle, melting it halfway down before dissipating with a whoof.

Korr paused his forms and stepped over to Eddiwarth .

Eddiwarth dropped his head and ran his fingers through his hair. “This is crazy! I can’t do it!” he mumbled. “I can’t keep my mind on it! Be the flame? Maybe I should just douse myself in oil and light myself on fire.”

Korr reached out to the table, grabbed his shirt, and began to put it on. “Have patience, friend. This is only the third, maybe fourth time you’ve tried this?” He pulled his long dark hair out from under the shirt. Eddiwarth moped over to a chair and slumped down into it.

“Patience.” Eddiwarth leaned his head back and closed his eyes. “I’m not sure I have time for much patience.”

Korr looked at his friend with an odd and quizzical twist on his face. “Time is an illusion, my master says, but with patience comes reality.”

It was Eddiwarth’s turn to raise his eyebrows. “Really,” he mused, “that makes almost as much sense as me being the flame. Truly, your master is wise.”

Korr sat in another chair, nodding silently. Eddiwarth glanced over and sighed, “I’m sorry, I don’t mean to disrespect your…”

Korr’s palm calmly waved him quiet. “Please do not worry. I’m not offended. I do think of him often, however. I must return to him soon.”

“Eventually.” Korr nodded quietly. “Soon, even. I have completed my quest. I brought the message to Heathrax, such as it was, and it’s time to return to the institute and report my task complete. Then, I’ll continue my training, if the master allows it.”

Eddiwarth suddenly realized he had not thought much about what would come next. Not for himself nor any of the others. I’ve been so focused on Thissraelle and her father. I don’t even know what’s going on with anyone else! “You’re leaving. Huhnn.”

“We will probably stay through the hard of the winter.”

“Parith and I. He wishes to travel to find Granthurg and the Dragon’s Tooth dagger. He believes it may be a key to things happening in the land of Wynne. I don’t know, but either way, he wishes to learn of it.”

Eddiwarth frowned. Granthurg has it now. I know him. I could help find him. If it really is important, I might be able to get into the thick of it with them and help figure out what is going on. That might be the thing to earn me a good name that Jaxil and Thissraelle could respect! “Hmmm. That’s interesting. Interesting.”

A lot more flaming interesting than staring at flaming candles!