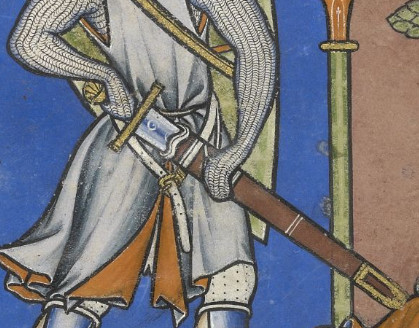 “His name is Tonklyn. He’s got a bunch of titles, but I can’t remember them all. I tell you, the man scares the shaking stones out of me!” The elf glanced up and down the dark and empty street, then looked back at Parith and Korr. The frosty clouds of their breathing mingled as they huddled close together. He was young and not too tall, even for an elf, and his muscular build was visible when his gesturing hands opened his light-colored cloak. Korr’s lanky frame seemed to tower over the elf, making him a bit nervous. “I first met him with a few of the dragonriders. Then I took him to see the beasts. I’m a dragonkeeper. I mentioned that, right? He’s crazy! The things he says…”

“He keeps talking about stirring up trouble. I mean really big trouble. He talks a lot about the attacks that happened in Twynne Rivers and all the fighting going on there. It’s like he brags about it.” He rubbed his hands together to warm them. “I think he wants to bring down their whole kingdom!”

Parith’s eyes widened. So that confirms what we suspected. It wasn’t the Wizard’s Guild that burned down the Holy Lights Cathedral! “You’ve heard him say this?”

“Yeah, he keeps going on and on about his master King Kirraxal the First. He says he’s some dragon in the western mountains. They say he’s going to restore the reign of the dragon kings, whatever that means. I mean, I love dragons. I care for my dragons. That doesn’t mean that one should be king, right?”

Korr nodded in realization. “‘The dragons are rising.’ Perhaps this is what Saint Ivarr was speaking of when he appeared to Thissraelle.”

Parith nodded, remembering all they had done on Thissraelle’s quest to bring that message to Heathrax. “Does he ever mention a magical dagger?”

The elf ignored him. “Dragons Rising! That’s another thing! He thinks the dragons of the Royal Flight Wing should all be set free!” He held his hands out, looking for a reaction. Korr and Parith merely exchanged glances. “Could you imagine the chaos and destruction here in Emberfire if that ever happened? I mean, when I first joined up in the Dragon’s Flame, I thought it was like some cool guy’s social club. I thought I could get in good with some of the riders. Maybe advance up to trainer, or maybe even rider. But some of them take it way too far. They act like it’s a church! Like the Dragons are destined to be gods or some such. Gods! They’re just dumb animals, how can they be gods? But now I can’t leave. It’s just getting crazy! Someone’s gotta stop them.”

Korr looked up and down the street. Parith waved his open palms, gesturing downward. “Easy, easy. Keep it down.” He sure loves to talk, and loudly.

The elf shuffled his feet. “Sorry.”

Parith reassured him, “It’s all good. We just don’t want anyone to-“

“Lathin!” A harsh voice called out from the darkness down the street. The three men’s heads snapped up from their huddle to see three high elves walking toward them. They wore military-cut jackets and trousers, but not like armored guards or soldiers.

“Oh, shaking shaking stones…” the young elf started to back away from them. “Dragonriders. They followed me!”  Parith hefted his staff defensively.

One of the riders stepped forward and called out, “Lathin, what are you doing out here so late?”

“Oh, I’ve got to go,” he whispered and twirled around to run. Instead, he stopped himself, hands raised before him. Parith looked back and saw two more  elven men standing in the street, blocking their escape.

A third man, a tall and shrouded human in a long dark cloak, stepped up out of the shadows beside them. Parith’s eyes opened in surprise and recognition. “Korr! Isn’t that the man from the bridge?”

“I thought so, but I also saw him with another man after the Winterfest party.”

“True.” Saying this, Korr set his feet In a solid square, knees bent, and swept his hands slowly before him. Parith raised his staff defensively, and turned his back to Korr, facing the other riders.

The leader called out to Lathin in words that Parith didn’t understand. It was probably elvish, but not the dialect of the Umbrawood Forest. Lathin responded in kind, his voice taking on a pleading, explaining tone that the riders were clearly not believing.

“I don’t like these odds!” Korr’s voice drifted over Parith’s shoulders. “This will call for a different strategy.”  Parith heard Korr’s feet move and his stance shift. He glanced back over his shoulder and saw Korr turn his torso, drawing back his leg. He also brought back his hands, palms together, and slowly drew them apart, a red light glowing between them. Shape the sun! Someone’s gonna get it.

Parith turned to face his own set of antagonists with a smile and steeled himself. He looked at Lathin, who was still desperately negotiating with the dragonrider. They were getting louder and angrier. Korr caught Lathin’s eye and whispered, “Hey, get ready to run.”

The elf leader must have heard him, because he drew his sword and lurched toward Lathin. Parith stepped up and spun his staff in a low cut, catching the rider across his knees and sweeping his legs out from under him. “NOW, KORR!”

As Parith spun around and began to run, Korr lunged forward, turning his palms outward and thrusting them forward. The glowing ball he’d held shot out straight at the dark cloaked man. It exploded in a deafening and blinding blast as it impacted his chest, throwing him back and knocking the nearest rider off his feet. Parith paused and shielded his eyes, then ran ahead. Korr followed, dashing up the street past their fallen assailants. They heard shouts, footsteps, and sounds of scraping metal behind them.

Suddenly Korr stopped in the shadows and grabbed Parith’s arm. “Wait. Where is your friend?”

Parith’s heart pounded as he gasped. “Didn’t he run?” Korr shook his head.

Flaming idiot! Parith and Korr ran back to the fight.