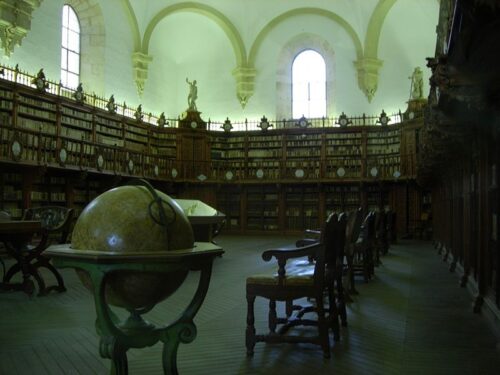 Korr’s eyes opened wide, and his head jerked at Parith’s outburst. Korr and his friends sat in the ring of comfortable reading chairs around a low table in Jaxil’s home library. To his immediate right sat Parith, his brow wrinkled in confusion and what looked like a bit of anger.

“Yes, poisoned,” Jaxil repeated, his stoic voice edged with tension, “The Councilman Lord F’hallath was poisoned after dinner in his home with a toxin in his tea. One from his own personal stock of wood elven teas. A shadow mage has been summoned to test it, but the Councilman’s servants also found footprints of wood elven boots outside his home.”

To Korr’s left was a slightly longer couch, where Eddiwarth and Thissraelle sat. Her heels were drawn up under her hips and she had tucked herself under Eddiwarth’s arm. She looked up at Eddiwarth with a nervous frown, then looked back at her father. “F’hallath? I seem to remember meeting him at one of the Winterfest soirees we attended. It was either him or someone from his house.” She looked at Karendle, seated to her left, for confirmation, but Karendle just shrugged.

Jaxil stood across from Korr and Thissraelle, just outside the ring of the seats. Korr noticed he was in white formal robes. He must have just met with the Guild here, or maybe some other council. Jaxil’s gaze was fixed on Parith. Soon, the others in the circle were looking at him, too.

“What?” Parith asked, spreading his hands defensively. “Oh, no, no. Huh-uh. It wasn’t me.”

“Well,” Jaxil ventured, “you have been known to venture out into the city at night from time to time. And it was a wood elf’s boot that made the prints. What do you have to say?”

Thissraelle sat up, her brow furrowed in anger, as she realized what Jaxil was saying, “Father, no, he couldn’t–”

“Really?” Parith huffed, “You really want to believe I poisoned him?” Korr put his hand on Parith’s shoulder, but Parith ignored it.

“I’m not making any accusations.” Jaxil said in a resolved tone. “Still, you must see that it doesn’t look good. You are a wood elf, after all. And wood elves are well known to be prone to violence.”

Korr saw Parith’s jaw tense as he took in a deep breath.

Korr stood, holding his hands out in an attempt to encourage calm. “We are all Parith’s friend here, and we wish him no harm. We know his heart.” He turned to Jaxil. “Perhaps it would be good to remind you, our kind host, that when we all first arrived here at your home after fighting dragons to protect the life of your daughter, our clothing and supplies were tattered and burned. You, yourself, outfitted us with all manner of fine high elven dress, suitable for life in the society of Emberfire.”

“So,” Korr continued, “It might be good to remember that Parith no longer owns any wood elven boots.”

As this fact settled into everyone’s consciousness, a collective breath released the momentary tension. Thissraelle crossed her arms and leaned against Eddiwarth, Jaxil eased his glare, and Karendle glanced back and forth from face to face with her lips drawn tight. Parith settled back into his chair. His hand went to his chin and his eyes stared, unfocused, down at the table.

“Seriously,” Parith continued, “think about it. Wasn’t he pretty vocal in the council meetings, speaking against reunification?”

“Well, speaking as a wood elf,” Parith concluded, “it would make more sense to want to keep him safe. I mean, if he’s one of the few on the council holding out against invading Umbrawood, why wouldn’t the treefolk want him alive?”

“How do you know so much about Emberfire’s politics?” Jaxil countered.

“I listen. You took us to all those fancy parties and balls, and nobody would dance with me. I didn’t have any ‘oomph’,” Parith said, then shrugged as Jaxil looked confused. “So, I listened while people said things. You’d be surprised how much the servants hear, too. And they’re much nicer to me than the nobility.”

Korr looked at his friend. Wherever he is, he makes the best of his surroundings.

“There is more.” Jaxil coughed, then continued in an even more grim voice, “A few nights ago, there was an incident in a mid-level neighborhood. Several of the dragonriders were returning home from a visit with a friend when they came across a human and a wood elf assaulting one of their dragonkeepers. There was a struggle, and the assailants escaped. Sadly, in the process, the young keeper elf was killed.” A chill ran down Korr’s back and he turned toward Parith. Their eyes met, then Parith nodded and leaned into his hand.

Everyone’s focus turned to Korr, who sighed. “We were meeting with the elf, the dragonkeeper. He had information for us. Apparently, the Dragon’s Flame has infiltrated Emberfire, and has a core among the dragonriders. They are trying to help a dragon from the western mountains ascend to the ancient throne of the Dragon Kings. He calls himself Kirraxal the First”

Korr nodded. He spoke quietly, his voice a mask of his sadness. “While we were conversing, the dragonriders surrounded us and attacked. Parith and I fought, and escaped, but had to return for Lathin, the keeper lad. Unfortunately, the dragonriders wanted him quieted, and slew him before we could free him.”

The room fell silent, each person in the circle looking to another to speak first. The fire in the hearth crackled. A distant clock chimed in its opinion.

Jaxil drew in a breath. “I see. I think, given all that is happening, that it would be best for all of you to stay hidden in the house for a time.” He gestured to everyone but Thissraelle. “Maybe this will all blow over the mountain like a bad storm.”

“That,” Korr agreed, “is probably wise.”