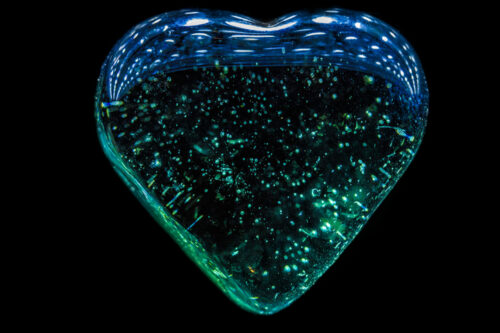 Eddi! I’m so glad to hear you! Thissraelle’s voice rang in his thoughts. His smile widened in the dim blue glow of the sapphire oculus in his hand. His will flared in his mind and he channeled it through the gem, projecting his thoughts to her mind and bringing hers back to him.

I was afraid I wouldn’t catch you awake.

You almost didn’t. I was just drifting off, trying to keep my eyes open. Why so late tonight?

We took longer to get to the waypoint than we had expected. The road from the mountains was really grown over, and the snowmelt made it all really muddy and swampy. It’s a bit warmer down here off the mountain. It’ll be spring soon, I think. Oh, and then Parith got us lost for a while.

Thissraelle laughed in his head.  Why am I not surprised! So, where are you tonight?

Well, assuming that this is the right road, we’re about a day out of Treehaven.

That’s a beautiful place. We have a lot of great memories there.

Eddiwarth’s mind drifted back. After being wounded by the high elf soldiers, he had awakened under Thissraelle’s watchful care in a home in the branches of Treehaven. That was when Thissraelle had first showed feelings for him, holding his hand as he healed and rested. It was where they had shared their first kiss.

The wood elves there had been kind, if a bit suspicious, and had equipped them and guided them to the mountains to complete their quest. I remember that you wanted to return there with me. Maybe someday we will.

Yeah. Her voice sounded wistful, yearning. I miss you.

You do? That’s good. He corrected himself, I mean, that’s good to hear.

She laughed again. You’re such a f’luth!

Thissraelle just kept laughing. You always make me feel good, make me smile. How do you do that?

Being a f’luth, I guess. For some reason that works for you.

It got quiet for a moment, then she asked, So how are you feeling, now? You seemed so sad when you left.

It was hard for me. I’ve actually been a bit excited to be out and at a task again, though. It gives me something to work for. Being back in Emberfire was a bit like being in the Wizard’s Guild School. I was never sure what I was doing, except that I was probably doing it wrong. I always just put on a good face. His fingers traced through his short and scruffy beard along his chin line, tracing the bumps of the burn scars.

Well, fortunately, you’ve got a great face to put on!

He laughed, For a f’luth face, that is…

She giggled. I wish I was looking at it. I wish I could kiss your f’luth face right now.

Eddiwarth could sense her yawning. I’m keeping you up.

You said that many times when you fell asleep in my arms on the library couch.

And it was fine, wasn’t it?

Yes. Wonderfully. Go on to sleep, now. I love you.

Slowly the glow of the oculus dimmed. Eddiwarth rolled onto his back under his blanket on the hard platform of the waypoint. He stared up at the dark, planked roof, but wasn’t really focused on it. His two friends slept silently in their own spots on the platform. Night birds hooted and called in the distance.

Eddiwarth reached across his chest and felt for the small leather pouch that had been sitting next to his pack. Not finding it, he focused for only a second and made the blue oculus glow.

Oh, there it is. Pulling it open, he went to drop the oculus into it, but it fumbled in his hands and fell to the wood floor with a soft clatter. He rolled back to his side and saw the ruby stone had fallen out. He picked it up and looked into it. The blue light looked odd on the rough-cut red facets.

Karendle said this stone is raw, unrefined. It hasn’t found its power. It doesn’t look finished, either. It’s hard to believe that it could be powerful someday.

He dropped them both in the pouch, tightened the cord, and pulled his blanket up tight.