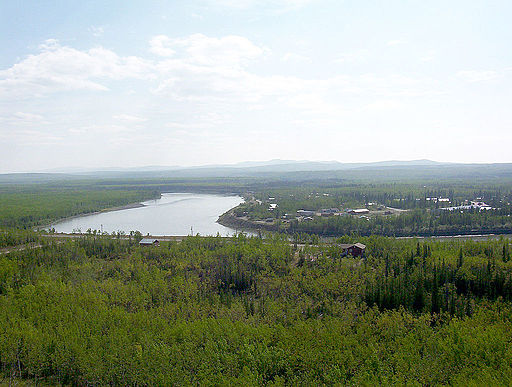 “Once we get across the river,” Korr said, “we will only be a few hours travel to the Academy.” The wind blowing down the river tossed loose threads of hair into his eyes.

Illariel looked over the railing at the water flowing around the barge. “That’s great!” she chirped. The wood of the old barge creaked as it rolled along the river’s easy waves.

Korr looked to the steersman at the back of the barge. The old giant’s eyes darted between each of them. It had been easy for them to wave him down from the bank of the Lesser Wynne River as he had driven his barge past. The rains of late winter and early spring had raised the water level in the river, so the current had been a bit stronger. Still, he had eagerly spun the barge around to pick up a few extra coins in passage. He had not been so easily convinced to take them on, however, as soon as had seen the gigantic spider. Even with all of them vouching for Ari’s friendliness, it still took quite a lot of silver to persuade him, even if it was just a short crossing.

Korr called out to him, “Thank you, good man. There’s a small private pier less than a half mile downstream on the southern bank. We’ll unload there.”

The man nodded, staring at Ari warily. She chittered and Illariel smiled.

“I think she’s more nervous than he is,” Illariel suggested. Korr nodded. We see threats all around us. It’s safer to think that there is danger even when there is none. Sadly, we live a lot less because of it.

Last week, when the five of them had arrived at the monastery in Dirae, the brothers of the Order of St. Ivarr had also been terrified of Ari. She and Illariel had initially opted to stay in the forest while Eddiwarth enjoyed a reunion with his friends, DeFrantis and Antonerri. He was, however, unaccustomed to the roughhousing given him by the squealing and energetic children of their orphanage. Parith had loved the attention and jumped right in to the joyous fray. DeFrantis, whose pregnancy was just starting to show, was grateful for the respite.

That night the rains had started, heavy and cold. The brothers allowed Ari and Illariel to come into the barn. They had all decided to stay until the rains stopped three days later. Eddiwarth and Parith enjoyed the company of their friends and Thisraelle was excited to reconnect with DeFrantis. Korr had taken the time to meditate in the chapel and run his forms while the dining room was empty.

The barge bobbed gently up and down in the river. Parith slipped up next to Korr and leaned on the railing next to him. “Are you excited to be home?”

Korr drew in a chilly breath.

Parith continued. “I’ve known you about a year now, a little less. You’re a quiet guy, mostly. There are times when you’ve learned to come out of your shell. But I’ve also noticed that the closer we get to the end of this trip, the quieter you’ve gotten.”

“Well, I mean, you’re not as mopey as Eddiwarth,” Parith added, palms up, “yet.”

Korr nodded. “It’s true that I am happy to be home. It will be good to see those that taught me so much, to be with them again. I hope to continue my studies. One thing this journey has shown me is how much I have yet to learn. While we were in The Vast, I took many opportunities to meditate and realized just how… how vast everything is. And I know so little.”

“Well that’s great! You get to jump into all of that learning, right?”

“The opponents we encountered also showed me how little I know about myself and my own skills. That is another…” Korr searched for a better word, then gave up, “…vast that I must explore.”

Parith smiled, on the verge of laughter. He nudged Korr’s arm. “Good for you, buddy! You always seem to like a challenge. ‘The first step to a full cup is seeing that it’s empty!’ Or some such thing I remember you saying to me once.”

Korr smiled. “I’ve noted, besides, that the farther you get from Treehaven, the more cheerful you seem to be.”

“Pfft,” Parith scoffed. “I just keep moving. Life is easier that way, right? I seem to remember that there was that one something you said about the world being round, so no matter where you are you always end up…” he paused, pretending to be thoughtful and stroking his beard, “somewhere else. No, that’s not it.”

“Yeah! See? It’ll all work out. Is that the dock?” Parith pointed down the river.

Korr nodded and Parith called out to the riverman.

Home. It’ll all work out.