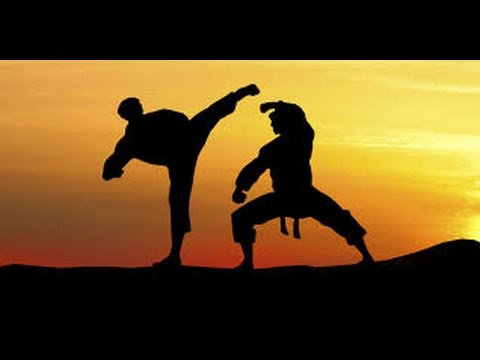 Instant awareness rushed over Korr, flooding into his mind like an innkeeper pouring a tankard, like the burning sun coming out from hiding behind a cloud. In a breath, the moment froze and he saw out to each of his foes. One, harsh, sharp, and flexible, like an animal on the hunt. Another, alive and flowing like the wind through trees. The last, nimble, fast, and already on her feet, having swept up her staff.

His feet were sunk firm but still mobile. He shifted his weight low, grounding and balancing himself deep in the stones beneath him.

Isolate them. Take them on one at a time.

In a flash of motion, Korr spun away, flanking the man on the right.

He’s setting the Snake stance. The disciple rushed at Korr, and immediately lashed out in a series of harsh quick hand strikes. Korr saw them coming, like he had the swords of the high elves in Emberfire. He shifted his body and swept his arms, deftly dodging and deflecting the slashes. Korr slipped a foot deeper into his opponent’s stance. Korr’s own strikes drew the disciple’s eyes up, forced him back, and dropped him over Korr’s knee. The man landed with a solid thud on the stone.

Korr leapt over him and jumped aside, keeping to one opponent at a time. The next attacker spun and swirled in a dizzying display of windswept motion. Korr kept moving and evading, while watching closely. He breathed deep and his will swelled in his breast. His vision slowed the blur before him and he could hear the rush of the air as the disciple stepped in to strike.

Korr’s heart was smooth and steady in his chest. He was One with the Moment again, and felt himself in tune with all around him. The stone of the floor held his feet firm, his arms reached and flexed like the twisting drakes that had attacked him in the Twynne Rivers Cathedral. Korr pressed forward against his opponent, edging the blows away and disrupting the disciple’s flow, just as he had done to the drakes that summer. The disciple’s eyes grew wide as he stumbled back.

Korr sensed motion from his left. Instinctively, he dropped and rolled under it. His opponent’s staff flew over him and smacked into the midriff of her surprised cohort. The man dropped on his back with a groan as Korr rolled and flipped back to his feet. His eyes and mind flared, taking in the entire room. He felt alive, aware, lit from the inside. She immediately renewed her onslaught, swinging and twirling the staff, pressing forward against Korr.

Korr reset his stance firm and blocked her strikes. He advanced and she stepped away, her face strained with concentration. She swept her staff behind her, gaining strength, then drew it down on him from above. Korr threw his arm across his view, sliding the staff aside. Korr brought his right elbow back, pulling his arm to his side. His left hand reached across his torso to meet it. He opened his palms and turned them towards each other, shaping the sun in the space between them and filling it with his burning will, as Heathrax had taught him. He threw his open palms toward her, and his will blew from his hands. The power struck her in the chest and threw her back like a doll tossed aside on a child’s floor.

With the flash of the impact, the world suddenly stopped and shrank in on Korr. Time shifted hard, snapping him back to the normal flow of reality. Korr’s eyes widened in fear and he saw his friend lying on the ground on her side. In a sudden rush of panic, he rushed to her side, sliding to his knees. His head was dizzy and his vision blurred, but he rolled her over and she coughed hard several times. She wiped her face with her sleeve, gasping breaths.

For a moment she lay there unable to move, and groaned.

She sucked in air as other disciples gathered around. She moaned again, shook her head, and leaned up on her elbows. Korr reached out to support her, but didn’t really know what to do.

“What WAS that?” she wheezed. She coughed again, then the other disciples helped her sit up.

Korr settled back on his heels, then placed one palm on the back of his other hand and bowed low before her. She shook her head again and ran her fingers through her disheveled hair. She was still stunned and breathing hard, but managed to look up at Korr. She gasped out, “I’m OK. It’s OK.”

The bustle and worry was interrupted by the tapping of a cane on the floor, accompanied by footsteps behind them. Everyone but the girl scurried to their feet and bowed to the master. Korr reached over to help her struggle to her feet. She stood as straight as she could before her master, and Korr supported her arm.

The master looked them all over and clapped his hands twice. The four combatants stepped forward.  “You fought well.” He nodded to all four of them. “You all fought well.” He stepped before Korr.

I have failed again. I let my moment get beyond my control.

“There is much you still need to learn,” the master continued, “but tonight you will present yourself for advancement.”