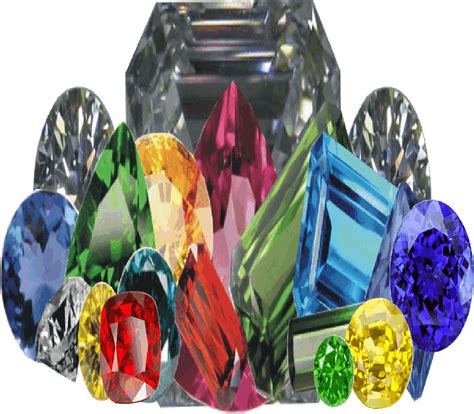 “Of course I miss Granthurg,” Thissraelle said, and sipped her tea, “and I miss all of them.” She and Karendle sat under the awning of a teahouse on a small curved street in Emberfire City. Once-colorful banners, beaten by the harsh mountain blizzards the winter had brought, now danced loosely in a rare gentle breeze of the early spring. The weather was still very cold, especially at this altitude, but the city’s vents of volcanic steam and glowing flame oculi raised up on posts kept the area quite comfortable.

Karendle was kicked back low in her stone chair, with her crossed feet propped up on a seat opposite her. She leaned her head back and let her long red braid dangle behind. She closed her eyes. “Yeah, I do, too, but some more than others. At least in different ways.”

“Well, you might miss being with DeFrantis, but you talk to her every few days. Eddiwarth, too, but even he’s different.”

“Yes.” Thissraelle mumbled. Talking to Eddiwarth isn’t like sitting with him, or feeling his arms around me, or… “Yes, it is different. Still…”

Karendle opened her eyes and glanced at Thissraelle with a smirk teasing on her face. “Uh, huh…”

Thissraelle flushed. “Alright fine. Yes. I miss him. Lots. I wish he were here. I wish they all were here, but, yes, I especially wish Eddiwarth were.”

Karendle nodded and punctuated her smug victory with a “tch” and a point of her finger.

Thissraelle explained, “Granthurg was my first real friend. After growing up in the Wizard’s Guild Hall, there really wasn’t a lot of chances for me to meet people. That’s one of the reasons why I left. Then I ran into Granthurg, and DeFrantis, and Antonerri…”

Thissraelle laughed. “Yes, and you.”

“We were such great friends, right from the start, right?” Karendle’s smile dripped with sarcasm.

“Yes, well, I’m glad that got fixed. You’re very patient.” Thissraelle picked up her cup while Karendle laughed. “Shut up and drink your tea. It’s the expensive wood elf stuff.”

“Hello, ladies.” A deep voice interrupted, “I was hoping I would find you here. Fortunately, you are creatures of habit.”

“I’d been looking for you in the house all morning.”

“Yeah, well,” Thissraelle said, “we like this place. It’s got a great view. And since I’m not with Heathrax today, here we are.” She ran her finger around the rim of her teacup. Karendle looked over at her with a skeptical lift to her brow.

“Actually,” Jaxil said, reaching over Karendle’s legs and dropping a large velvet bundle onto the table in front of her, “it’s not you I was looking for.” Thissraelle drew her head back in surprise and Karendle perked up and leaned forward. Jaxil waved his hands at Karendle’s feet and she quickly drew them to the stone floor, sitting straight. Jaxil adjusted the formal wrap around his waist and sat in the now-empty chair. As he scooted to the table, he reached for the bundle, then began to untie it.

“I’m meeting with a new supplier of raw oculus gems in a few minutes. He gave me some samples and I wondered if you could look them over.” He folded out the velvet flat onto the table, and a half dozen gems rested in a tossled stack in the center. He drew the fine dark cloth along the tablecloth toward Karendle as she and Thissraelle leaned in to look.

Karendle pushed aside her tea and cleared her throat. “Well, I’m no professional gem lapidary…”

“True, but you do seem to have a definite affinity for the oculi, and you’ve shown that your father gave you a basic understanding of the gems.” He leaned back and gestured at the stones. “And, as this is a new dealer, one I’ve never met, I’m inclined to get your opinion.”

Karendle and Thissraelle each reached for one of the stones. Thissraelle picked up a beautiful white opal that had been roughly shaped into a teardrop. It was mostly smooth, but she could feel some bumps on the surface. She looked deep into the rays of gold and silver light reflecting through it. This one will be beautiful when it’s empowered. It’s so… Enthralling!

“This one,” Karendle said, looking deep into an emerald, “has a few inclusions, and I think I can see a fracture line. Does refining and empowering fix that, or will it shatter?”

“Mm. I’ll have to talk to my cutters and crafters about that.”

Karendle reached for another, a sapphire. “Can’t you just have them review these gems?”

“Well, yes, but I thought I’d set them before you first.” He coughed quietly, “That, and they’re not available today.”

Thissraelle and Karendle glanced at each other. Thissraelle laughed to herself and set down the opal.

Karendle picked up another gem. “So who is this dealer?”

“He’s a dwarf from the western mountains, south of Graemal. He had reached out to me because he said he used to sell to the Wizard’s Guild in Twynne Rivers. That, of course, is not happening, now.”

Karendle rolled her eyes. “Just because I’m a half-dwarf doesn’t mean I know all dwarves.”

“Yes, I know, but, well… I just thought…” Jaxil fumbled awkwardly and folded his arms. “Anyway, are these any good, for raw gems?”

Karendle tensed and the gem slipped out of her fingers. She flailed her hands trying to catch it and finally pressed it against her shirt. “Boladur! Really? No, it can’t be.”

Karendle gaped at him, then at Thissraelle. “That’s my father!”