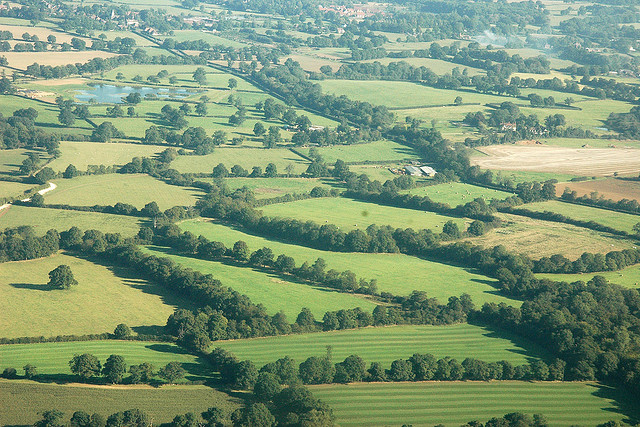 I’ll never get used to these stupid stuffy tents.

She rolled over and pulled her blankets up tighter, shifting her hips to try to better adapt to the uneven ground. She had felt a certain amount of personal pride in the fact that she could sleep anywhere, but tonight, she missed the gentle back and forth swaying of the wind against a sling hung underneath the branches of a huge oak. Or of her shallow bowl of a bed back home Treehaven.

She pushed the blankets up and turned herself underneath them again. It wasn’t any more comfortable on her other side than it had been twenty minutes ago.

On the other side of the tent, buried under his own blankets, Korr slept soundly. She could hear the muffled rumbling of snoring from the adjacent tent. Stupid men. They think they can tell me what to do. They’re not my dads. I can flaming well help whoever I want to. It’s my magic, not theirs! Creator’s shaking leaves!

She clenched her eyelids and her teeth. Why can’t they just listen to me? Why do things have to be such a secret? I do NOT get them at all.

The tensions had started as they had walked the path to Larnisboro, when Parith had pulled her aside and told her that Ari would have to stay away from the village.

Why can’t she come with me?

Because people will be afraid of her, bla. bla. Bla.

She won’t hurt anyone! Maryan’s family isn’t afraid of her. Not any more, anyway.

Then, later, as they and the family had been setting up their encampment at the Vernalfest fields with the other farmers and festival goers, everyone had gathered around the supper cookfires. Everyone shared their stores in the communal dinner, and musicians led the dancing. Talk was of the harsh winter and the hope for the coming spring rains. There was a lot of discussion about the winter wheat fields planted last year, laying dormant under the snow. New spring planting was to begin right away. She had heard one of the farmers complain that he hadn’t seen any of the mages of nature gathering for the festival yet.

“And you probably won’t,” another had confirmed.

“Are ya deaf? Haven’t you been hearing the pubcriers?”

Another man had cut in, “The Wizard’s Guild in Twynne Rivers is shut down! Magic is illegal. They’re all gettin’ captured. You know that!” He had sighed and shaken his head. “There’s not gonna be anyone ta bless our fields this year.”

Illariel had thought about her own magic. I’d never worked on soils, only on trees and wind, but it’s all nature, it’s all connected. I could try to help.  She had raised her cup and said, “I might be able–”

Parith had quickly slapped her wrist back down onto her lap, sloshing hot brew onto her leg. She had looked up at him with a shocked and angry glare, which had only grown hotter when he shushed her and shook his head.

“Keep quiet. You’ll get us arrested, or killed.” he’d whispered. She’d hunched away, cowering from his intense insistence.

“But these people will go hungry!”

“Chshsh,” he cut her off. “We’ll talk about it later.” Eddiwarth had nodded his head, even though his glances were a bit more understanding.

Later never happened. What’s so special about this dagger they’re after, anyway? Why does it have to be so hush-hush and sneaky-quiet? Let me help! It’s my magic. I can do what I want with it! Why do they all treat me like a sapling?

She rolled onto her back and grimaced as a bump on the ground dug into her shoulder. Grunting and huffing, she shifted back and forth, trying to find a spot where it didn’t hurt as much. First under her shoulder, then in the middle of her back, and finally under her ribs.

“Ngharrgh!” she rasped, her frustration surging through her. She tensed her legs, kicking the blanket, and punched at the ground by her side. Korr stirred, mumbling, then was silent again.

Illariel felt the warmth of her will rising up, calming her, and making her fingers tingle. She smiled. She focused her will on the ground underneath her blanket, and made it shift and wave. It sank a little, making indentations for her hips and shoulders. She smoothed out the bumps and deepened the cradle, settling comfortably into the well. She sighed with contentment. See? I CAN work with dirt.

She sighed again, with determination this time. I really should go do it, no matter what they say.

She looked over at Korr. He had turned over to face away from her, and his breathing was low and shallow again. She raised herself up and tossed off her blankets. The cold night air hit her with a rush. Hurrying as quietly as she could, she pulled on her leggings, tunic, and cloak, then slipped out of the tent.

Once she was away from the encampment, she called out to Ari with a few loud chirps and pops. Ari caught up with her as she walked towards the winter wheat fields.

“I’m sorry you have to stay out here.”

Ari chittered, and Illariel caught the scent of happiness wafting from her friend..

“You’re such a good friend.”

Ari emitted a questioning smell and chittered some more.

They walked in silence until they came to the edge of a large open field. Illariel took in a breath. “I think this is one of them.” She glanced at Ari.

She knelt down and sank her fingers deep into the loose soil. It was cold and gritty, but it felt good. She closed her eyes and surged her will. It filled her, swelling her heart and connecting her to the earth below her. The magic flowed through her as if her toes, knees, and fingers had taken root. She drew from it as well as fed it. For a moment, she flowed across the field, the energy absorbing into the cold living ground, surrounding the tiny wheat seeds as their own roots grew.

Finally, with her will spent, she collapsed onto her side.

With a groan of exhaustion, she pulled herself up. Ari settled next to her, her legs in tight against her thorax. Illariel leaned against her. I should have brought my blanket.

One thing I love about support characters in books and in games is that their primary function is to help people around them. That makes them fun to write.

I mean, they’re not up front taking charge, making things happen, but they do a lot of the things that make sure that things keep happening. And that keeps the story moving. But, sometimes they get a bit frustrated when others don’t let them be helpful.

Has anyone ever helped you? What are some things you have done to help someone else? Post a comment!