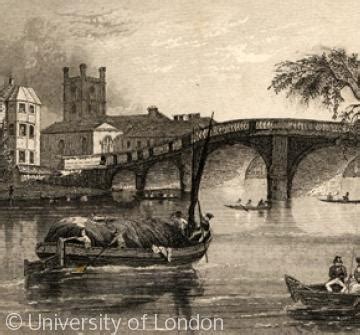 The rain had been falling steadily, from the dreary morning when they had loaded onto the barge, through the long afternoon, floating past the farmlands and the meadows, to the early dark of the evening as they finally approached the riverside shanties of the poverty stricken Outerwall quarter of Twynne Rivers. The rain had brought with it colder winds, and the chill was made worse by the wetness in the air. In spite of the roof structure sheltering the barge’s stern steering platform, and his heavy cloak, Eddiwarth still felt the damp soaking through to his bones.

As twilight descended, the candles and lamps in the nooks of the ramshackle huts they passed were starting to glow. In all his life, even being raised in the city, he could count on one hand how often he had been here in the Outerwall. He had heard of the dangers of this part of the city, having been raised by his family in the security of the merchant quarter, and then having moved up into the Wizard’s Guild Hall in the finest part of Centretown.

I’ll bet Mom and Dad are still at the old house. He chortled. Well, the rebuilt old house, anyway.

Another cold wet breeze blew raindrops through the open sides of the shelter. Eddiwarth shivered.

“We’ll be crossing under the main wall bridge ‘ere really soon, and docking in my berth after that.” The riverman running the barge was tall, probably at least ten feet. Eddiwarth, as a half-blood high elf, barely stood taller than the giant’s elbows.  The giant’s eyes were deep set with bushy brows and his hair cropped short. He brought his muscular arm up and pointed a thick finger at a large low bulge under a tarp in the open flat cargo area of the barge. “What’re ye gonna do about… about that?” The canvas shifted as Ari moved a leg.

“Yeah, I’ve been thinking about her, too.”

The giant didn’t wait to hear Eddiwarth’s thoughts. “‘Cause yer not gonna just let it jump off the barge and onto the quay, areya? You’ll cause a panic on the wharf! I don’ know why I let ye talk me into letting that horror aboard.”

Parith, who had been sitting beside them, answered, “I think it had something to do with the eight extra silver we had to pay you.”

“That’s na near enough for that. Ye got a deal.”

Eddiwarth rubbed his beard, then itched. “When you dock, you’ll be unloading your wares, right?”

“Well, with this rain, I’ll probably wait ‘til mornin’.”

“So, how about this, then: You dock, and we’ll all disembark. All but the girl and the spider. Then, come halfway past the midnight, the two of them can slip out and get themselves lost in an alleyway. Later, she can meet up with us at our inn.” Eddiwarth looked up with a hopeful smile at the giant.

The giant scowled back. “That means I’ll have to sleep out here with that monster. I’ll be afraid for m’life the whole night.”

“Maybe, but you’ll still be alive the whole night.” Wait. That didn’t even make sense to me. “How about if I throw in two more silver?”

The giant raised a skeptical brow, but didn’t decline.

“Fine.” Eddiwarth added, “Two more silver, and I’ll stay out here with you.” That suggestion drew a sigh and a nod of the head from the riverman, and Eddiwarth turned back to look out over the passing city.

Parith leaned back and stretched his shoulders. “Do you know a lot of the rivermen on these runs?”

The man harrumphed, then said, “Twynne Rivers is a big city, and Graemal, na so small, either. There are many of us, but, yes, I know a lot of ‘em. Are ya lookin’ for one in particular?”

The giant whistled. “I haven’t heard that name for a long time.”

Eddiwarth’s eyes turned up. “You know him?”

“I know of him. If we’re thinking of the same giant, my younger brother was sweet on his cousin years ago. I never met the man, myself. What do you need him for?”

Eddiwarth leaned on the railing. “He’s an old friend of mine. I need to know he’s well.”

“Humpf!” The giant said, “Good luck wi’ that. I had heard that he was tangled up in the mess when the cathedrals burned down las’ summer. Even before tha’ there were people looking f’r him. I haven’t heard anythin’ since.”

Parith and Eddiwarth exchanged glances. That’s not too good to hear, but he could still be safe back in Graemal. Eddiwarth tugged his cloak in tighter against the wind. The rain was coming down a bit harder than it had moments ago. “Will you be heading back west up to the mountains anytime soon? If we don’t find him in Twynne Rivers, maybe he’s with his family.”

“Ooh, well, that depends on m’ cargos.” The riverman answered, “and it would also depend on whether or not that spider stays in the city!”

For a moment, the sounds of the rain and the water churning under the barge filled the awkward gap in the discussion. Then the giant spoke again, “Ye might look for him at the Old Steersman Inn. I’ll bet he went there when he was in town. Most rivermen at least get a drink there. There’s a big carving of a giant riverman by their door.”

“Look. Here’s the gate in the city wall up ahead,” the giant pointed out. Eddiwarth spun to look over the bow. The huge bridge reached across the river in three arches, and the giant was steering them toward the right-most arch. The two towers on either bank and the battlements above were lit with glowing oculi bright enough to show the bridge, even through the dark rain. The riverman added, “We’ll be docking soon.”

Eddiwarth nodded. “I’ll go tell Illariel the plan. We’ll see what she and Ari think.” He flipped up the hood of his cloak and stepped off the platform into the rain.

Parith chuckled and nudged Korr’s drowsing form next to him. “Hey, there. Get up. We’re back in the city.”

Korr grumbled and sat up. Parith patted his back, then said, “We’ll be docking soon, then we’ll find an inn.”“Not a bell tower?” Korr wiped his eyes. “I think it would also be wise to not steal anything this time.”