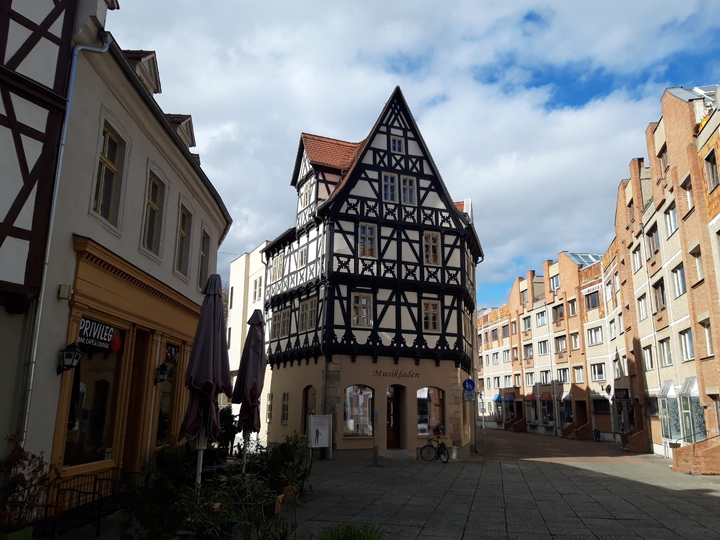 Illariel awoke with a breath of the wet and chilly night wind as it blew in under the raised corner of the cargo tarp where she and Ari had been hiding. She shook her head and sat up, the pelting of the rain on the tarp like thunder in her ears. As she cleared her head, she realized that the storm had become more steady and gentle, rather than the blustery torrent it had been before. The dark and the cold, however, were deeper.

She leaned forward and peered out between the two thick and furry columns that were Ari’s legs. Like they had agreed, Eddiwarth had come to help them into the city. His silhouette knelt before her, holding up the tarp. The lights of the dock and the quay shone through the rain behind him. Illariel had been curled up next to her arachin friend, between Ari’s thorax and her feet. She patted Ari’s carapace and called out, “Come on, Ari. Time to go.”

Ari stirred and her body raised up. From under her head, Illariel heard some chittering. “I don’t know, either. I guess we’ll just have to figure it out.”

Illariel pulled up the hood of her cloak and crawled out from between the giant spider’s legs. She stood in the rain and the light caught her companion’s face. “You?” Illariel scowled.

“Yes, me, your ladyship.” Parith responded with a mocking bow.

“I thought Eddiwarth said that he was going to come back and get us.”  She held her head down, partly to keep the rain off, but more because she didn’t want to look at Parith.

“Well, I thought that since I had a lot more experience sneaking around the darkened hollows of the city, I might be a better guide for you.” He knelt down and began to loosen the secure lines on the tarp, then called out to Ari, “Let’s get you untied, here.”

Illariel stood for a moment in the rain, unsure how she felt about that. It was probably true that Parith would be a better help, but it still didn’t make her happy. She was still mad that he had insisted that they leave the village.

“And, you’re welcome,” Parith said to her as he moved to another corner of the tarp. Ari shook off her back, spraying water all over the two of them. “Would you mind getting the other corners?”

Illariel jolted out of her sulk and hurried to untie the far corner. Ari’s muffled chi-chi-chi interrupted her. “I’m fine! I’m not angry!”

Ari chittered some more. “That’s not what you’re smelling. It’s not funny.”

Parith tossed the tarp off of the spider and she raised up and flexed her legs. “Were you ok under there? I hope it wasn’t too bad.” She chittered and did what was sort of the spider equivalent of a nod. Parith adjusted his cloak. “Well, let’s get going then.”

As they  started to walk up the dock, Parith turned to Illariel, “You wouldn’t happen to know shadow magic, would you? That would really come in handy about now.”

“Nope.” Illariel’s tone was terse. She didn’t want to have to talk to Parith any more than she had to. “I’m all about the nature.” I don’t see much nature out here. Nothing natural at all. Buildings, cobblestones, lamps… The dock, the posts, the street, the buildings were all so level and square. It didn’t feel right.  It was true that Treehaven had level floors and straight walls, but everything was built around the natural randomness of the woods, their trees and their branches. The walkways and streets flowed with the forest and the homes swept around the trees. Here, everything was made of sharp lines, cut and squared off. It was all so, so unnatural.

Illariel looked away. Away from Parith, away from the city. She pulled her cloak tighter against the cold she felt. “I’m fine!” She insisted. Ari crept closer and nudged her gently with a foreleg. She caught a scent of caring and concern mixed with the dingy musk of the city and the rain. It made her smile a little. “I’ll be OK. Let’s go.”

Parith nodded and pointed. “Do you see that gap between the two buildings over there? We can run there, and disappear into the alleys. The street on the waterfront quay is always lit by the oculi hung up on the posts. We’re going to have to be quick crossing the quay, since we can’t create any shadow to hide us. Once we’re in the alleys, we can jump up to the higher reaches. It’ll be safer.”

Illariel squinted to see through the rain. “Higher reaches? How? I don’t see any trees! There are no branches! Only buildings!”

“Yeah, once you’ve been here a while, you learn to adapt.” He stepped off the barge and moved cautiously along the pier.

What am I thinking? I’ve never been in a city like this before! It’s gonna chew me up and spit me out. Or just swallow me whole. A scent of uncertainty wafted past her, mixed with the smell of the rain and the city’s musk. She nodded. “Yeah, I’m feelin’ it, too. C’mon.”

The barge swayed a little in the water as she stepped off onto the pier and crept after Parith.

Have you ever been somewhere or in a situation where you’re completely out of place? Somewhere that is so far out of your comfort zone that you are actually afraid?