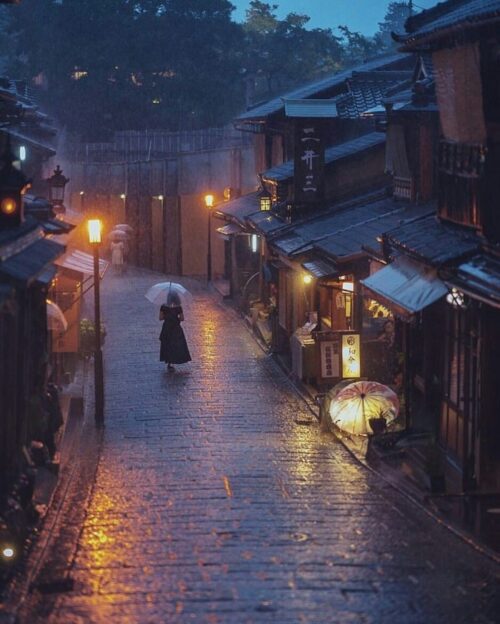 Parith paused where the gently bobbing pier attached to the steady wharf. The wooden planks glistened in the glow of the oculi overhead, their glare warning of potential slippage by a careless foot.. He glanced up and down the quay, then across the cobblestone street. Nobody. Good. There could be patrols of the city guard coming by, or wanderers at any moment. We’ll have to be quick.

He glanced behind him, into the nervous face of Illariel and found himself struck for a moment by the fear in her eyes. For just a moment, he remembered his first days in Twynne Rivers. Of course, when that had happened, he was already a lot older than the girl standing behind him. Older, and a lot less annoying.

Ari chittered with what sounded like impatience. Parith nodded at her in reassurance, then spun back around and sprinted onto the wharf. As his foot hit the planks, he slid for a moment before catching his balance and pushing forward, dashing into the street. The rain pattered around him and onto his hood. As he got to the first building, he ducked under its overhang, then turned and leaned against the daub wall. Illariel and Ari were moving quickly to follow, already halfway across the street.

Parith slid along the wall until he reached the gap of the alleyway between the two buildings. He checked to make sure the other two were following. Illariel caught up to him right away. Ari followed, with the legs of one side of her body gripping the wall. It allowed her to get completely under the overhang, but it angled her body in a way that momentarily disoriented Parith. He shook his head.

“Follow me! Stay close!”  He dashed around the corner, jumping over a larger puddle. He ran through the dark alleys, glad that his vision was good at night. The pungent odors of the alleys of Twynne Rivers hit him as he ran. It had been a long time since he had last smelled them. Another alley branched off to the right.

“This way,” he called back over his shoulder before jumping onto the new path. His boots splashed toward a stack of ale barrels anchored on their sides. With a grunt he leapt up onto them then sprang off the topmost barrel. He caught the bracing beam under a second story window and hung there for a moment, catching his breath.

“Still with me?” Parith felt his fingers slipping on the wet wood. He couldn’t hear any response, only the rain on his hood. “Here we go!”

He gritted his teeth and swung his feet up under his hips. Then set his feet against the wall and pushed hard, launching himself across the alley. He spun around and grabbed a hold of the wet stone gutter, pulling himself up and onto the roof.

Yes! I still got it!

Parith jumped to his feet on the sloping edge and put his hands on his hips in satisfaction. He smiled and nodded, then said in a loud whisper, “OK, now it’s your turn. This should be easy for you. Do it just like in the forest.”

All he heard in response was the rain.

He peered over the edge of the roof into the darkness below. “Come on. You can do it. It’s just like the trees, only more… block-ish.”

His face twisted into a frown. “Ari should be able to just jump up! Or crawl up?” He crouched down to be able to see better, then tossed off his hood, but couldn’t make them out in the dark shadows of the alley.

Where are they? They were right behind me!

Parith stood and carefully walked along the roof’s edge, searching the alley. The roof was slippery and the gutter full of running rain, forcing him to take extra care. “Illariel! Ari!” He leaned out a bit to check for them. “Where are you! Can you hear me?”

Shaking leaves! Where are they? Did they miss the turn?

He squatted back down, then dropped, grabbing onto the gutter. It shifted under his weight, throwing a wash of cold rainwater over his face and under the front of his cloak. He spat, coughed and swore. Oh, when I find her… She’ll wish… I’ll… aargh!

His stomach lurched as he dropped and rolled onto the street, then huddled under the building’s overhang, shaking out his hair. He crept along the building, ducking under a window that showed a faint glow of lantern light, then stole off down the alley. He came to the T, and turned, then to another bend, and… Wait. This isn’t the way we came, is it?

A footsplash sounded behind him. “Illariel?” He squinted through watery eyes. “Is that you?”

He stepped toward the sound. “Ari?”

A large figure in a dark cloak moved into his way. “Where are you going,” the shadowed face growled, “…elf?”

Parith backed away, setting his hand on the hilt of his short sword. He squinted, trying to make out the shape before him.

Footsteps rushed up behind Parith and he moved to jump away. Another attacker lunged from behind and hit Parith’s back, pushing him into the first man. A sharp stabbing pain shot through his side as the tall man stood aside. Parith gasped and a sudden rush of vertigo swept him to the cobblestones, his face landing with a splash.

The tall man shoved him over with his foot, causing wrenching pain from the hurt. The other figure reached down and carelessly yanked his dagger out of Parith’s side then tossed Parith’s cloak open. The taller man said, “Find his purse, quick.”

Parith raised his hands to fend off the assault, but weakness and cold overcame him. As the two men ran down the alley, Parith struggled to lift himself up, or even to roll over. In the end he fell back, the rain streaming down his face.

Have you ever been to an unfamiliar place and separated from your friends or family? Even if it’s not a big deal or a scary thing, I still feel a moment of tension and I scan the crowd. Then I always feel better when we connect up again.

Tell your story in the comments!