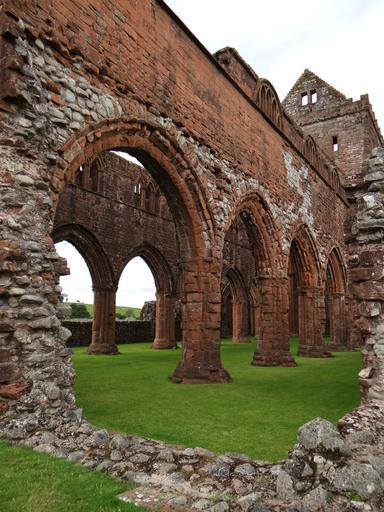 When Parith awoke, it was still mostly dark. He shifted and tried to lift himself up, but the mattress he was on was stretchy and soft. Very comfortable, in fact. It cradled him like a sling, more like a hammock than a mattress, but even more gently than anywhere he could remember sleeping before. He was warm, too. Not frozen like he usually felt in the mornings.

Is it morning? Yes, he could see light a ways below him. He rolled forward to a sitting position, and the bedding shaped with him, like he was a ball on a piece of silk stretched over an embroidery loom. It was a netting of fine white threads, crisscrossed and stretched, like a dense cobweb in the corner of a house’s ceiling.

A cobweb. Of course. Ari must’ve made this. So, where’s the spider? And the girl? Where are we? He sat in a small round space, about the size of the inside of a large carriage, completely surrounded by the threads. Across from him, he could see an opening, and beyond it a wall of stone and wooden beaming. Looking through the threads down below him he saw daylight shining from his left, onto a flat floor covered in shadowed debris.

He jolted as the sudden memory of the attack flashed through his mind. In an instant he felt the stabbing pain of the knife and for just a second he couldn’t breath. He jerked his hand to his side to feel the wound, but found only a slash in his blood-crusted shirt. The wound was completely gone.

He took a deep breath, expecting it to hurt, and realized that he actually felt pretty good. He stretched his arms over his head, then rolled forward and crawled, bouncing and swaying, toward the opening.

Climbing down to the floor was easy. The building was some sort of chapel, or it had been at one time. The cobweb hammock had been built in an aisle under the balcony and there were pillars lined up every dozen feet or so. The floor was littered with stones, smashed and burned pews and beams, and pools where the rain had leaked in. There was bright sunlight streaming in from behind some rubble ahead in what would have been the nave of the chapel. He could hear soft voices punctuated by familiar laughter blowing in with the chilly breeze.

He stepped out into the light, shielding his eyes from the direct sun. The roof of the nave and the back wall beyond the altar had collapsed in a heap of rubble exposing the overgrown courtyard beyond. Most of the shrubbery in the garden was scraggly and leafless, and the grasses, now brown, had grown up to the knees before the winter’s sleeping.

Parith looked up past the remains of the roof into the sky. I wonder what happened here…

Parith followed her cheery voice and saw her sitting with a circle of people around a small campfire on a stone platform near the courtyard. She waved to him, and a few of the others looked over. Ari dropped to the stone floor near him with a whump and a rushing stream of chittering and clicking. She made another quick jump right up beside him and began nuzzling him with her palps, almost knocking him over. “Ok, ok! I’m glad to see you, too! I’m fine, I’m fine!”

As he steadied himself, Ari scampered up the clutter, along the far wall, and settled beside Illariel on the floor. The others sitting by the fire recoiled, but didn’t run. I guess she’s been introduced. Parith walked over.

“Parith,” Illariel said to the others around the fire, “is also with me. He almost died last night.” She got quiet for a moment. “I don’t like to think about that. Kiffra, here, saved you.” She pointed at a thin, frail older man with stringy black hair, wrapped in a dirty and ragged black blanket. He glanced nervously off to either side.

“You saved him,” Kiffra mumbled, and Parith had to strain to hear him. “You brought him here. I just healed him.” He kept his eyes down, like he was hiding his face. Another man grabbed a broken half bowl and filled it with porridge from a beaten, dented pot. He passed it around the circle to Parith, who took it with a nod and sat down.

“Well, thank you both,” he said, between mouthfuls. “Thank you all.”

They all ate for a moment in silence. Parith stretched and took in the ruins another time. “What is this place?”

The lady who had been stirring the gruel made a sound like a choked angry laugh. “This place is why there’s no Vernalfest this year!”

Parith frowned and raised his brows. “No Vernalfest? I wondered why I saw no banners, no streamers, and no celebrations as we sailed into the city.”

She nodded. “This was the Chapel of The Blessed St Marden, until last summer when the flaming wizards burned it down. They summoned up drakes, like demons from hell and they burned it down. Wizards! Curse them!” She shifted her head aside and spat. “Sorry, goodman Kiffra. You’re not like them, but the Guild is evil!” Kiffra nodded his head, but he didn’t look up.

I remember that day. I was in the Central Cathedral when they attacked. I wonder if this is the chapel where Granthurg was.

The lady continued, “My husband and I were caretakers here. We worked side by side, he, in the yard and I, cleaning the halls. One day we’re working and happy, and the next…” She choked. A man beside her put his hand on her shoulder. She shook it off and straightened herself. “…and the next day my man and my livelihood are both gone. Burned by drakes and wizards.”

A heavy silence fell, and the man picked up the story, “The king raided the Wizard’s Guild, but now the house militias are all at each other’s throats. House Kaelig is fighting House Thornwell and House Northolt. House Rengalin and the Rogues Guild are running rampant, and they’re all fighting that dragon cult. Those people are strange. They think the dragons should rule the kingdom! Can you imagine that?” He laughed, like he hoped it really were a joke. “Everything is shut down by the king’s decree. Complete martial law. It’s a mess, it is.”

Shouts and heavy footfalls sounded from beyond the wall across the courtyard, either interrupting the story or confirming it. Parith straightened up and set his bowl aside. The others jumped to their feet and scrambled to stamp out the fire and get to shelter.

“It never fails. If there’s a sunny day, there’s a fight,” the lady said, hefting the cook pot, and turning to Illariel. “You’d best get that pet of yours back under the shelter, quick, missy.”

Parith saw Illariel’s face blanch with fear, as the sounds of clashing swords and shouting grew louder. He jumped up and held out his hand. “C’mon! We’d better hide!”