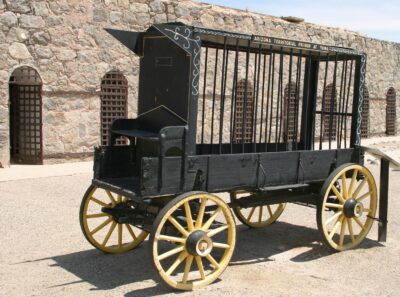 In a heartbeat, Shylai’a leaped to the soldier’s side and drove her foot into his chest. She held his sword to his throat. “Who are you after? Who are you raiding for?”

He snarled and reached up to grab her leg, but a bit of extra pressure on his chest and the edge of the blade under his chin quickly convinced him to stop. “Ah! I don’t know! The Boar’s Head, The Dragon’s Flame, they’re all the same!”

“And that woman, with the child, which was she?”

“She was…,” The soldier stretched his neck to avoid the steel and swallowed hard. Shylai’a could tell that she didn’t really want to hear why he was trying to capture the woman. “She should have just stayed inside today.”

Shylai’a’s eyes narrowed. I want to kill you. I want to end your miserable life. She leaned on the sword and he gasped, with a sudden streak of fear in his wide eyes. All my life I’ve had to deal with animals like you. “Give me a good reason to spare you!”

The soldier strained his head and twisted his arms away, while stammering, “I… Ah…”

Shylai’a leaned closer. “My daddy taught my brothers not to kill a man while he’s down.” Sweat dripped from her forehead onto his face. “But then, I’m not my brothers.” Screaming and blades ringing sounded from down the street. She glanced up, then drove her foot harder into his chest, making him cough.

“This must be your lucky day! Destroyer take you.” She muttered, then twisted the sword in her hand and slapped the flat of its blade hard against his head. He jerked from the impact, then stilled, unconscious.

She jumped off his chest and ran down the street. Soldiers in green and red in small clusters mixed with commoners and citizens, attacking and parrying with swords, spears, staves, and sticks. Bodies were strewn across the street, mostly in drab peasant clothing. Some of the commoners were being tied and wrestled up into a large wagon.

Do they even know who they are arresting? They don’t care as long as they can scare everyone into submission. As long as they have bodies to execute and heads to hoist up on poles, they’re fine. Her pulse pounded in her head as she remembered her time guarding the prisoner wagon. The fear in the little boy’s eyes as he clung to his mother had burned its way into Shylai’a’s soul.

With a shout, she rushed the wagon guards. The nearest soldier turned to her with surprise and swept his own sword to parry. Shylai’a’s sword danced aside, but he didn’t have time to stop her charge. She slammed into him, knocking him back into the side of the wagon. She pushed off against his chest and shuffled her feet into a makeshift stance.

While the soldier scrambled to regain his balance, Shylai’a lunged at him, already swinging an attack. He raised his blade to block and she struck down on him again and again.

After a few clashes, he slipped his sword under hers, digging the point into her forearm. The pain startled her and she stepped back, breathing heavily. The soldier also paused for breath, leaning against the wagon for support.

Shylai’a stepped further back to widen her perspective. Motion to her right drew her attention. It was a spearman stepping around the wagon, his weapon leveled at her. She readied her sword, but could only grip it with one hand. The tip shook in the air before her, in spite of her gritting determination.

“Drop it, girl, and we’ll just get you up in the cart with the others.”

The other soldier stood and hefted his sword with a menacing scowl. They stepped forward, separating themselves to draw her attention apart. As her eyes shot from one to the other and back, she noticed someone moving in the back of the prisoner wagon. A young girl with long dark hair and sharp ears was slipping from one prisoner to another, slashing their bond cords with a knife. The girl looked up and for just a second their eyes met. In that moment Shylai’a knew they were working together. How can I help? I can draw these soldiers away…

“If you want me, come get me!” She dashed off to her right, running around the wagon, between it and a wall. The soldiers shouted, and she heard their footfalls following after her. The wagon was angled right up against the building, and the wheels didn’t allow her enough room to pass on forward into the street. She held her new sword low, then dropped ground, tucked in her legs, and squeezed under the wagon bed. I guess being short and small is not such a bad thing, after all, right?

She wriggled forward on her elbows across the wet stone road, and soon looked out from under the hitch and shafts, past the horses’ legs. Before her, and above her, the fighting raged on, but she could see little other than the shifting and rushing of feet. Many of them wore the boots and leggings of the House Kaelig militia, but there were others as well. One man wore only thin sandals and leggings that left his ankles and lower calves bare. His feet barely moved, though, like they were tree roots planted into the rock. His legs shifted and angled as the man held his balance, but his feet did little more than twist in place as he turned from side to side to deal with his opponents.

Confused, she crept forward to raise her head and get a better view.

The strange man dropped to a low squat in front of her and spun, sweeping his pointed toes before him. He caught his opponent with a thwack on the back of the knee, toppling him flat onto his back not a foot from Shylai’a’s upturned face. His head hit the paving stones with a solid crack and she winced in sympathetic pain.

For a moment, she locked her eyes with the narrow gaze of the stranger before he snapped his head around and jumped back up.

Who was that? What was that? She sucked in a breath, trying to follow his eyes. He was a blur of motion. He had no blade! How is he fighting with no blade?

Shylai’a scrambled out from under the wagon and started to stand. Look at him! He was a little bit tall and thin, and his clothing seemed foreign. His long dark hair was pulled tight into a tail behind his head, and it flew from side to side as he turned. He shoved aside a sword thrust with a wave of his arm, then drove home a punch to the soldier’s chest. He fights against steel with his bare hands! How does he do that?

“Korr!” A girl’s voice sounded from the wagon behind Shylai’a. His opponent of the moment defeated, the man turned and looked past Shylai’a, over her head. He ran past her and jumped up into the wagon bed.

A loud crack from down the street split the air and shook the ground around them. A short series of other crackles followed each with a flash of hot light that even the morning sun couldn’t hide. Instantly, several people were blown back away from the blast, tossed to the ground. Shylai’a dropped back to her knees and hid. Wizardry!

Screaming and dashing sounded in her ears and she smelled a strange sort of burning that she hadn’t smelled in a long time. She eased her eyes open and saw that the partial chaos of the battle had devolved into complete pandemonium. Those that had fallen from the blast lay on the street, their limbs twitching and their clothing smoking. Others were scrambling for cover.

The girl’s voice shouted again, this time from right above Shylai’a’s head, “Hey are you OK?”

Shylai’a looked up into the face of the young elven girl leaning over the railing of the wagon. Shylai’a just nodded.

At that moment, a gigantic, dark, and hairy body with legs the size of pillars dropped onto the street and spun around in front of Shylai’a. She looked up at it, past hairy segmented palps, huge sword-like fangs, into the row of eyes of the largest monster of a spider she had ever seen. Her own eyes widened in terror and her arms dropped, limp. It hissed at her, and made strange horrific noises, tapping the ground with its forelegs.

Shylai’a couldn’t breathe or even scream.

I’ve had a lot of fun writing for Shylai’a, though It’s been challenging. The basic problem is that I’m a guy trying to write a strong female character. That’s not so strange, really. Every writer has to write for characters of all genders, even more so as modern society begins to accept the existence of shades of gender in non-binary ways. Still, I think there’s a certain challenge for writers to think outside of their own experience and write in the mind of a gender they don’t share.

So, I’ve read a lot and studied some of the opinions of others who talk of writing a strong female character like this video from Abbie Emmons, and I hope I’m getting a handle on it.

Part of the problem is that you shouldn’t just make your strong female character masculine. Shylai’a is tough, and she’s had a tough life. Much of it has been spent homeless and a lot of it has been trying to find her place in a soldier’s world. Thissraelle, on the other hand, is quite feminine, but she’s still very determined to do the things she decides to.

Tell me what you think in the comments below. What does it take to make a strong female character? How can male authors make it work?

This episode is the last of Part 19, and things are kinda coming together for the party. I hope you’ll join me for part 20 and beyond. It’s gonna get crazee!