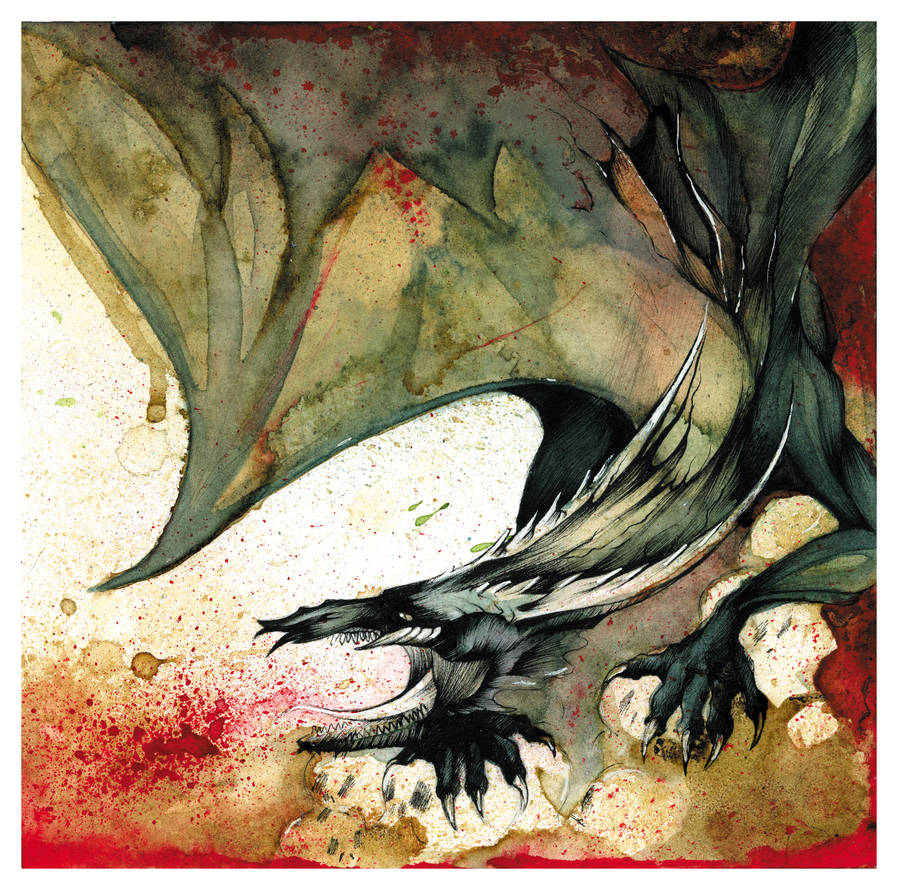 Tonklyn rose from his knees and stood in the center of the room. It was night, and darkness shrouded the chamber, chased only by the glow of the oculus lamp dangling from the end of his staff. The staff rested across the pillows and luxurious bed. The bedposts were draped with thin white linen and the folds cast waves of shadows around the room. Across the wall to the left of the unlit fireplace, those shadows shifted and danced, forming images in the air. Two dragon heads floated side by side in the dark mists. One of the beasts wore a great golden crown, and Tonklyn knew him well. It was His Majesty King Kirraxal the First. The other Tonklyn recognized as Exakas.

Even though Tonklyn had recruited Exakas and brought him from the Emberfire Mountains to serve in Kirraxal’s court, he knew very little about the dragon. In the short time that they had been in the palace in Graemal together, the new dragon had easily fallen in line with Kirraxal. They were both aggressive by nature, and eager to get on with the attacks that were being planned. For a long time, Tonklyn had been guiding Kirraxal along through a careful and strategic approach. Patience leads to power, and rushing things could bring it all crashing down around their heads. It made him nervous to have another voice in the King’s ears urging more direct action.

Action is fine, as long as you’re ready to make it work for you.

Tonklyn stepped over to the small ornate table near the chair in his room. He rested his hand on it as if contemplating what to say. He knew that moving slowly would bother Kirraxal’s impatience, but sometimes it was important to take control of a meeting by managing the pace.

“As your Chancellor,” Tonklyn paused for emphasis, “I have indeed much to report. I have been in contact with our allied councilmen among the high elves of Emberfire City, and they have stepped up the skirmishes on the northern borders of Umbrawood Forest. They are amassing troops in the west, nearer to the wood elven capital of Umbrawood City, and are sending flight patrols of dragonrider cavalry overhead as a show of strength.”

“Dragonriders?” the younger red dragon shouted. “How is it that dragons allow themselves to be ridden like mere livestock? This is an outrage!”

Tonklyn raised his hand and spoke in a calm, measured tone, “Truly it is.” He took a deep breath, again controlling the pace of the meeting. “We are also sowing the seeds of rebellion among the captive dragons of the elves. They have been enslaved for too long, and are starting to thirst for freedom. When we do finally unleash them, their flames will burn hot.”

Exakas’ image twisted his head in rage and finally turned to Kirraxal, who nodded. Good. Kirraxal still spares a bit of confidence in my plans. Tonklyn sat down in the chair, settling into the soft padded velvet and crossing his legs. He reached to the table and sipped his wine.

“All of this,” he continued with ease, “has the wood elves scared. They have reached out to the humans of Twynne Rivers, invoking their treaty and requesting soldiers and aid. The humans, of course, are not really in a position to spare too many men. If they do march, however, they will likely do so very soon. This will, of course, deplete their strength in Twynne Rivers, allowing the Dragon’s Flame more freedom to sow chaos, and making our imminent attack that much easier.”

Exakas harrumphed a breath of smoke. “And if they don’t send the troops to the forest?”

Tonklyn shrugged and sipped more wine. “Then we join the high elves in their attack on the forest cities instead. Very soon, all three kingdoms will bow to Kirraxal the First. Really, does it matter the order they fall?”

Tonklyn looked directly at Kirraxal’s ghostly shadowed image. Show confidence, show strength, show competence. No one else will stand in your way.

“Very well,” Kirraxal said. The other dragon looked away. “You have served us well. When will all be in place for the attacks?”

Tonklyn smiled. He lifted his glass. “Really, once the soldiers of House Twynnham are deployed, one way or another, it can be done at your command.”

He continued, “There is one more thing to report.” Tonklyn watched with satisfaction as the two dragons glanced at each other. He reached over to the table and took hold of a bundle of fine dark velvet. He held it in his lap and unfolded the cloth, then lifted a white-bladed dagger. The blade was slightly curved and ornately carved. The hilt was also decoratively worked, with metal dragon’s claws reaching out as the handguard. It gleamed a bit in the oculus light.

The two dragons looked across the magical miles to stare through the shadowy mists at the glimmering weapon. They fear it. I would, too, if I were them.

Exakas exclaimed, “That is the dagger? You should destroy it! Immediately!”

“No,” Kirraxal hissed. “It will be locked and sealed away, and well-guarded.”

The younger dragon interrupted, “But while it’s intact, none of us are safe! Why would you keep it?”

Kirraxal turned on him and snarled, “Because I am KING! You will not gainsay me!” Exakas cowered for a moment while Kirraxal looked back at Tonklyn. Kirraxal’s harsh narrow eyes refocused on Exakas. “Not all dragons are with us! Some remain traitorous to my Kingdom. What if this Heathrax were to return? What if others follow him? He will meet a quick and undignified death. You will protect the dagger as I have said, Chancellor.”

Tonklyn rose from the chair and stooped to one knee, a smile on his downturned face. “Yes, Your Majesty. It will be done.”

It seems like it’s the nature of nature for things to try and dominate other things. Once we humans get together into a society, someone wants to be in charge of it. We’ve developed lots of different ways to do this, but one form that seems to emerge rather quickly is the monarchy.

The word comes from the Greek from monos: “alone” (the same root we use for “monogamy” and “monophonic”), and arkhein: “to rule” (we use that one in all kinds of ways, like “monarchy”, “patriarchy”, and “hierarchy”). So, basically, “monarchy” breaks down into what happens when one ruler, one person, has total power.

With total power can come immediate responses and complete efficiency. If there’s a crisis, a king can jump in and start solving it, unlike a democracy which might take months of debate.

The problem with a monarchy is, of course, that it degenerates into tyranny. Some kings start out benevolent and then gradually go bad, others start out as greedy powermongers from the beginning.

It doesn’t take a lot of contemplation to figure out which kind Kirraxal is going to be, or how long it will take for him to get there! Comment below!