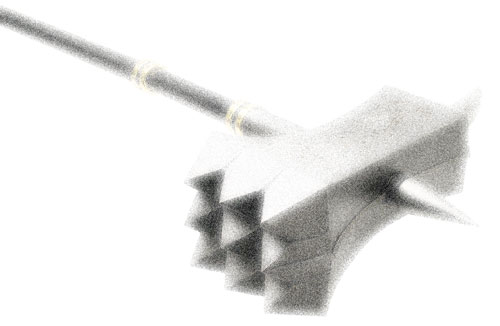 Grief and Loss of a Friend

Karendle stood in awkward silence, looking like she was trying to smile. As Eddiwarth hesitated, he felt a deep sort of heaviness settle in the room.

“What’s… the matter?” Eddiwarth asked. He tried to see what was weighing on her, what had made her seek him out. Did Thissraelle tell her where to find me? Something about this feels all wrong.

“Eddi!” His mother scolded, “Be more welcoming to your guests!”

“Yes, I’m sorry.” He took her hand, then wrapped her in a short and awkward embrace.

“I’ll go put on some tea.” She scowled at her son on her way out of the room.

“This truly is a wonderful surprise, it’s just that you looked like… I don’t know… Ah, just have a seat over here.” He gestured to where he had been sitting, next to Hamrisonn, who extended his hand.

“Hamrisonn, fair lady.” She took his hand with a skeptical eye and shook it for a moment.

“You two have probably already met,” Eddiwarth said. “She was in the fight on the barge when you got sent to the Vast. She held me trapped in a dimensional oculus for weeks.”

“Really?” Hamrisonn’s eyes widened and he took a breath, ready to ask a question.

“Hold onto that question,” Karendle interrupted, “I have to talk to Eddiwarth. It’s very important and it will be very difficult to say.”

Thissraelle! She doesn’t want me to come back. Do I dare ask?

Eddiwarth sucked in a strengthening breath. “Is it about Thissraelle?”

Karendle looked at the rug on the floor. It is! Eddiwarth’s heart was pounding. “Well,” Karendle said with hesitation, “no, not directly, but it probably would be a good idea for you to connect up with her. She’ll need to hear this, too.”

Eddiwarth tried to read her face again and saw only sadness. What’s going on? He nodded and said, “Yeah. I’ll be right back.”

A few moments later, Eddiwarth, Karendle, and Parith all huddled in the small reading parlor, focused on the sapphire in Eddiwarth’s palm. Each one, in turn, extended a hand into the circle as the gem began to bathe their faces in blue light.

Thissraelle! Eddiwarth called out in his mind. Are you there?

There was no immediate response, and he and Karendle exchanged a look of concern. She closed her eyes to concentrate, and Eddiwarth heard her voice in his head repeating his call. Thiss? We’re all here. I have some news to share.

After a moment, Eddiwarth ventured, “Maybe we should wait a few minutes and try again.”

Karendle opened her mouth to answer but was interrupted.

Eddi? I’m here! Oh, I miss your voice! Is that Karendle with you?

Yeah, I’m here! Karendle responded. An immediate silence followed as if Thissraelle were taking a breath, unsure how to greet her friend.

Eddiwarth added, Parith’s here, too, as well as Korr, but he’s with Illariel right now. Eddiwarth was trying to fill the awkward gap. There seems to be some scary undercurrent going on here.

Did I think that out loud?

You did, like usual. Thisraelle went on, Karendle had told me a while ago that she was in the city with her dad, and they were interacting with various gem and artifact sellers. That was when we found out that the Dragon’s Flame had gotten the dagger. So, I asked her to see what anyone had heard about it. To be honest, the fact that she looked you up makes me afraid of what she might have found out.

Ah. Karendle paused, Well, a lot of the dealers knew that the Dragon’s Flame was looking for the dagger. The word was out with a high price on it for a long time, apparently, and a lot of rogues and thieves were after it.

Karendle took a breath and sighed before continuing, Once it was found, a vendor with a rather sketchy… reputation… said that he’d heard… that it had been taken by a gang of robbers from three giants.

Karendle continued in a quiet, shaking voice, And the giants… had all been killed.

Eddiwarth’s heart sank. He clenched his eyes shut as they filled with tears and burned.

No. No, no, no! Thissraelle kept saying it like she was trying to make it untrue.

Eddiwarth dropped his head and Parith put his hand on Eddiwarth’s shaking shoulder. With a guttural sound, he stood, shook everyone off, and stormed away. For a moment, his back was silhouetted in the doorway by the oculus’ blue glow, his whimpering sobs fading him into the shadows of the courtyard.

Parith jumped up to follow, but Karendle stopped him with a hand on his arm. She stepped to the courtyard instead.

Dealing with the grief and loss of a friend is very difficult, and it’s also very difficult to write about. In many fantasy stories, the death of a character doesn’t always get the treatment it should if it were realistic. Often, the death happens in the heat of battle, so the remaining characters have to continue the fight or press on the quest, not having any time to process feelings of grief and loss. A good example is in Lord of the Rings when Gandalf dies, and Frodo must press on.

In other cases, especially when death comes to a minor character, there is no grief and loss. In some stories, like John Wick, the inconsequential bodies pile up higher than if it were a Shakespearean tragedy. Nobody mourns here!

I’m hoping I can find some time in story to show Thissraelle’s and Eddiwarth’s grief and loss over the death of Granthurg.

In the comments, tell us about your own stories of grief and loss.