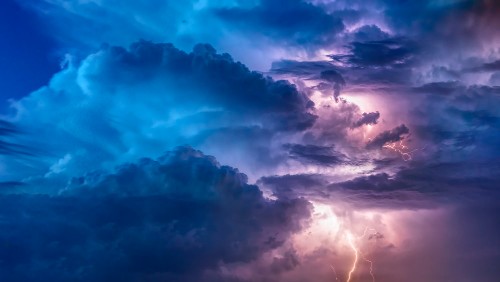 Dimensional magic… What is it?

Thissraelle stared into the stone.

What is this gem?

She had picked it up from one of the tables there in the cavern. There were at least a dozen oculi sitting there, each a shimmering point of magic. She thought of Eddiwarth, and a shiver of pain and fear rippled through her. Is this one powerful enough? I have to find him, and soon. The rock floor beneath her shook for a moment and she heard a deep, resonant rumble.

This one was a simple, yet complex crystal. It looked as if it were winking at her as she turned it in the palm of her hand. A diamond? Quartz? At first glance, it looked clear, transparent, perfect. The more she studied its facets, however, the deeper she looked into its reflections, the more she saw revealed. Colors flashed off its faces and shone from its depth. Not just the bright white of light magic, but the deep blues of her mind, the greens and browns of nature, and the harsh reds of flames and power. These shifted and swirled inside it, drawing in her focus.

At that moment, beyond the confines of the cave, the Vast was in chaos. An entropy storm raged, blasting waves of magical force in billows through the Vast, chipping away at the reality of the huge chunks of solid matter, and trying to reduce them to complete disorder. Magic, for the time being, was a swirly tumult of confusion, and Heathrax had warned her that it would be very difficult to keep her will focused. She was safe and protected for the moment, but the buffeting chaos outside occasionally shifted the giant floating mass of rock that held their cavern.

She was not alone. Heathrax slept next to her. His huge head lay covered by his massive body, curled and wrapped around itself into a white and gray twisted mound of shivering scales. His wings stretched over himself like a strange blanket. He was still not well. She reached out and touched his scales. She frowned. He feels a little colder than normal.

She returned her focus to the gem. She could feel magic shimmering inside it, but she wasn’t sure what kind of magic she needed. Dimensional? That might be able to cut through time and space to find him. Mental? I could search for his mind. Shadow? She shivered to even think of the dark magic. In her mind, she knew it wasn’t inherently evil, but it still scared her heart a little. It looks like this oculus has a little bit of all of them. Maybe that’s what I need to cut through the storm. If I can just focus my will through the oculus…

She settled her hips and legs to feel as comfortable as possible on the cold stone. It shifted a little underneath her as the storm buffeted the rock around her. One hand to her side quickly braced her and she rebalanced.

Once again cradling the oculus in both hands, she closed her eyes and opened her will. It surged inside her as a familiar warmth, but the flow of energy and power was wild. It fluctuated, spun, and undulated inside her, through her, and around her, drawn away and back by the energy of the storm outside. She bore down on her concentration and forced it into shape, imposing will and control. Gradually, she shaped it around her, still fluctuating, but stable.

She breathed deep and reached her awareness outward, away from her cave. Instantly the winds of chaos and change grabbed her, flailing her consciousness into a void of nothing. She grit her teeth and clamped her eyes as she focused. Hold it together! Keep it strong! Strands of randomness blew past her, trying to suck away the sphere of power and order she held tightly closed around her. Lights and clouds of all colors swirled around her, tearing at her, tossing her one way then another. Which way was up? Which was down? She couldn’t tell.

She took a deep breath and held the gem to her chest. Order. Calm. Simplicity. Clarity.

Her legs relaxed and floated below her. Soon the knotted muscles in her arms untied as well, and she held the now glowing gem before her. Steady, steady… Another deep breath. OK, now, that’s better.

Let’s go, then! Eddiwarth. Where are you? Her mind shaped an image of his face and for a moment she heard his laughter. The light in her palms shone more brightly and she smiled, and lightness entered her heart and surrounded her.

Her consciousness flashed and suddenly there were bright lights all around her. In a moment her eyes adjusted and she saw clouds below her. Not the wild chaotic entropy clouds of the dark Vast, but normal sky clouds that float over casting shadows on the land of Wynne. She flew fast above them, much faster than she ever had when she levitated with her mind.

She turned her focus downward, and in an instant dropped through the clouds emerging over quickly flowing forests. The overcast afternoon was dimmer below the clouds, but still bright enough. I’m like a dragon! No, I don’t think a dragon has ever flown this fast.

To her right, she saw mountains, great tall white-spired mountains. The Emberfire range! Then that must be Umbrawood below me! She swooped over to dodge between the peaks and leap over the ridges. It was an exhilarating feeling, freeing, like she could go anywhere she wanted. She couldn’t fall, she couldn’t crash. Her arms were loose, her body flowing. I can’t wait to tell Heathrax about this! What a rush!

She swooped down a slope, the rocks a blur below her, toward the extensive green mass stretched out before her like a fluffy rug on the floor of the world. She looped over just above it, her soul laughing with delight. Eddiwarth needs to see this!

She took in a breath of sorts and spun around to reorient herself. There’s the mountains, there’s the forest, so Twynne Rivers should be that way, and Emberfire City should be up that way–

She froze. A thick column of smoke rose up from a spot about a fourth of the way up the side of the mountain. What? Is that Emberfire? Is that my city?

Fear flashed through her as she shot toward it, covering the miles in mere seconds. Carved and molded into the rock of the side of the mountain were majestic terraces, streets, and towers. The mountain home of the high elves, of her people, of her family, was in flames. A swarm of dozens of dragons, blue, red, black, white, green, all flew over the city retching their guts out in fiery washes over the buildings.

She moved in closer. Some of the dragons still wore their saddles and flight gear, but none carried elven riders. She could hear the screeching of the beasts and the screaming of the people below as she floated, transfixed in horror. Blasts of light of various colors were shooting upward out of the city, and she saw wizards on the towers of the upper levels trying to shoot down the fury of the swarm above. Explosions of fire and light split the sky around her.

She lunged forward, diving toward the part of the city where she knew she’d find her family’s home. Is this now? Is this really happening?

An explosion knocked her to the side, then another took her back again. She shrieked but flailed through the air. The rumble of storm clouds shook through her and she felt herself being pulled. She tried to realign herself, but she was being shaken and tossed like a snowflake in a blizzard, The clouds that flashed past her weren’t the fluffy white and gray of the sky, either, but were full of reds, oranges, blues, greens, Black lightning lashed from one cloud to another.

The entropy storm! No! She tried to find her will and stabilize herself, but the pull and toss of the storm yanked her thoughts away. A bolt of light darkness shot across her, through her, jolting her with searing pain and scattering her mind.

She screamed, but no breath moved through her, no sound came. Her soul wrenched in pain, as she felt herself being pulled and stretched through a vortex swirling inside the storm. Father! Eddiwarth Where am I?

She reached for something to hold onto, reaching into an infinite nothing.

Author’s Note: What is dimensional magic?

So, in Wynne (and by extension most of the other worlds we’ve used to play The Hero’s Tale) has a magic system with six types. As Heathrax mentioned they’re aligned in pairs: Light and Shadow, Striking and Nature, Mental and Dimensional.

Here, Thissraelle is trying to reach out to Eddiwarth using dimensional magic. She’s tried communicating to his mind using mental powers, but between the entropy storm and Eddiwarth’s own frustrating emotional turmoil, she’s not getting through. So, she’s trying to project herself to his reality and try to find him.

Dimensional magic, however, is wild and unpredictable. Some say that this is the reason the Mad Prophet is a little loopy.

So, in using dimensional magic to connect to Eddiwarth, she finds herself projected into different times and different spaces. It’s a strange, even painful way to connect. And, as you’ve read, and will read next week, it has some strange and painful results.