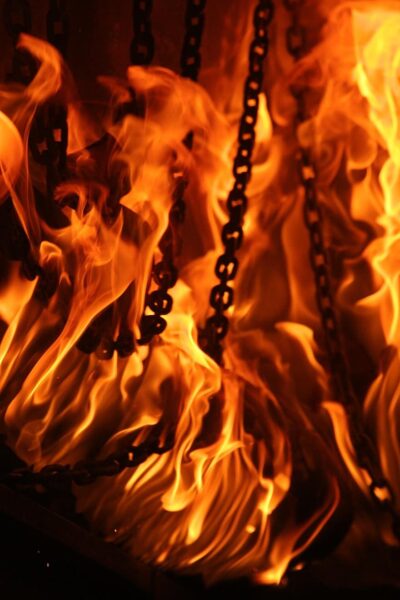 How Heathrax, the Dragon, got his Name

Thissraelle sat on the scaly bend of Heathrax’s back knee, her own legs dangling down and swinging in the cool air of the cave. “Heathrax Dragonfriend,” she mused out loud, “who gave you that earned name?”

“You elves did.” He was resting, his huge and long body curled around a stalagmite of ice and stone. His wings were folded tight against his muscular shoulders and back, unused. His curving neck allowed him to point his enormous gray head backward to face Thissraelle. His voice was deep and raspy, even more so than usual.

“Oh, that’s right.” She said, remembering. She took another bite of the fruit and rice bowl she held up under her chin, then mumbled as she ate, “That’s what the Wood Elves told me.”

She ate another bite. “Back when I was on that quest looking for you, I thought it meant something totally different. I thought it was a name for a hominid who was a friend of the dragons, not the other way around. Kind of funny, huh?”

“Why the interest in my name?”

“Well, it’s really nothing.” She picked at her fruit. It’s actually kind of embarrassing…

Heathrax tilted his head forward. “Well, now you have my curiosity.”

She sighed. “At a Winterfest party last week, my father wanted me to meet all of the important people in high elven society. He got us invited to one of the biggest galas of the season. And by big, I mean big. Every noble and minister but the royal family was there. In fact, I think several of the royal cousins and uncles were attending. He insisted that I be introduced to all of them.”

She wiped her lips with the back of her hand. “Oh, it was. It was beyond tedious. He didn’t want my friends there, either, but I insisted. It turned out it was even worse for them.”

Heathrax’s eyes cocked to one side. “So, what does this have to do with my name.”

“Well,” She hesitated, “My dad was introducing me as…” She took a breath then made her voice more important, “…as ‘Thissraelle of Jaxil, Dragonfriend’.”

His eyes opened up a bit in surprise, and his lips curled back in a bit of an almost bemused, humanlike smile.

The History of the Dragon Kings

“And, yes, it was very awkward. I didn’t like it at all.” Her voice raised and her pace quickened. “First, I don’t think I’ve done enough to have an earned name yet, and second, I definitely don’t feel like I deserve to use your name, and worst of all, he was really just using me, and your name, to impress important people. Especially ones that aren’t really all that important.” She suddenly realized she’d been gesturing pretty wildly, and took another bite of rice. Maybe eating something will shut me up.

The silence after that felt long and loud. Finally, she ventured to break it. “It might make you feel a little better to know that some people were impressed. You are remembered among the high elves. Revered, even.” She smiled. The smile quickly vanished as she thought a minute. “How did you earn the name?”

The dragon hummphed. “Well, to understand that, I have to take some time and fill in a few historical facts.”

“Ah!” she responded, setting her empty bowl on his leg.

“Where to begin?” Heathrax took a deep thoughtful breath. “Well, the dragon kings ruled Wynne for a very long time, maybe a thousand years or more. Dragons are big and we live long lives, so our dynasties run on and on. Every once in a few hundred years, you hominids would start to think you could overthrow us, so you would rise up, get stomped down, and then sullenly go back to being ruled more or less peacefully.”

She raised her brow with a skeptical look. He nodded, “…For the most part. Occasionally you folks would also fight among yourselves, but that was generally bad for the royal coffers, so the dragons would have to put those wars down, too. Of course, the King and his courts and ministers loved to play one people off against another. It helped keep the rebellions few.”

Thissraelle slid off his leg, dusted the rice off her brown leggings, and adjusted her tunic.

“I grew up toward the end, in the reign of Maxinn the Second. He was a harsh ruler. The uprisings were frequent and the beatdowns were harsh.” His voice got quiet. “But when Maxinn the Third ascended, it got really bad.”

Thissraelle raised her head. There was a solemnity haunting Heathrax’s eyes. “For example,” he continued, “It was widely known, but never admitted, that it was Maxinn the Third who killed his father, the Second. He had his human servants feed the old King poisons, it was said.

“Officially, the humans were blamed. I was one of the dragons in the flight that was commanded to the retribution attack. I was young and excitable. We burned the fields of the human settlements to charred blackness. Smoke and flames for as far as you could see.

“The Elves were thrilled and rushed to send their armies from the forest into the valley hoping for some spoils, but by the time they mustered, there was really nothing left.” He breathed a heavy sigh. “Then Maxinn, the son, saw an opportunity and ordered other flights of dragons to attack the elven encampments.”

Thissraelle gasped and covered her face with her hands.

“Yes. Exactly. The elves actually fought well, though. They had powerful mages and killed quite a few of the dragons. But you can guess how it all ended up.

“We returned to the Dragon King’s palace in the western mountains as heroes. Some of us became leaders and were given bits and pieces of the land to rule. The hominids became little more than slaves. Maxinn, of course, kept everyone in line with the fear of the flame. You folks still use the word in your curses when you smash your fingers or lose coins tossing lots.”

Thissraelle whispered, “Somehow, it hurts you to remember this. I can see it.”

Heathrax nodded. “Yes, it hurts, but the story needs to be told. It needs to be remembered. In the years after that battle, some of us began to dissent. We felt that the hominids should have more autonomy, more freedom. That didn’t go over too well, and there were conflicts and fights among the dragons. We were a minority, of course. Most of the Wyrmkin enjoyed their privilege and felt that their status was deserved. Secretly, I began helping the hominids, blessing their lands, teaching them magic. The elves, in particular, were very appreciative, and named me their friend. I was quite honored at the time.”

“Was that the wood elves or the high elves?”

“There wasn’t much of a difference back then. Yes, they looked a bit different from each other, especially in the ears, but they were one people. Neither of them liked the humans or the giants, though.” He chortled. “And it seems that nobody has ever liked the dwarves.”

Thissraelle smiled at the joke only for a moment. No wonder Karendle has struggled in our lands.

“So… that’s how I got the name. The elves named me Heathrax Dragonfriend. That name also got me banished.” He rose up on his forelegs. “But maybe that’s a story for another day. Shall we get back to practice?” “Yes, thank you.” She bowed and picked up her bowl.