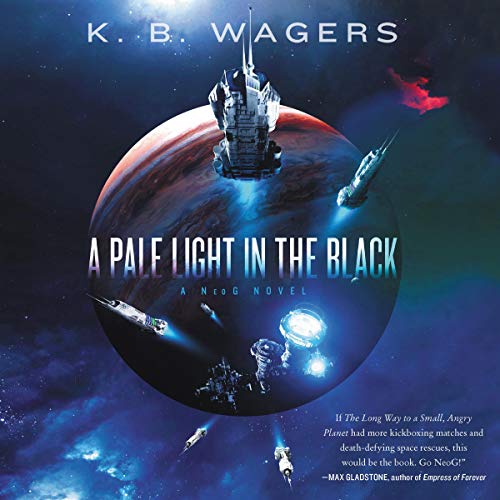 Imagine the Coast Guard, for a minute. Now, shoot that imaginary picture a ways into the future and out into space, and you get the NeoG – The Near-Earth-Orbital Guard.

Lt. Maxine Carmichael has defied her family honor and traditions and, instead of joining the Navy or the family business, become a NeoG officer and acquired a position on an interceptor ship. Their job is to rescue those in danger out in the orbits of the planets of Sol as well as arrest the bad guys.

In the middle of all that, the annual “Boarding Games”, a big military wide competition, looms big in their lives. The NeoGs reputation and funding is at stake, and her interceptor crew is bearing most of the weight.

This book is a fun and quick read, and very character-focused, which I like. Action is great, but it’s also good to remember that there are real lives tangled up in that action, and Wagers does a good job of making you care. These are a tight-knit group of people of many varied backgrounds all striving to take care of each other and do what’s right. I like that.

An interesting part of the book is that it portrays lots of varied relationships and orientations: hetero, cis, poly, bi, gay, lesbian, all in a very normalized way. The bigger story is there, independent of all the ‘ships, and the ‘ships are just people connecting with each other. Hmmmm… Just like real life should be!

It’s a basic space opera and it’s a lot of fun!