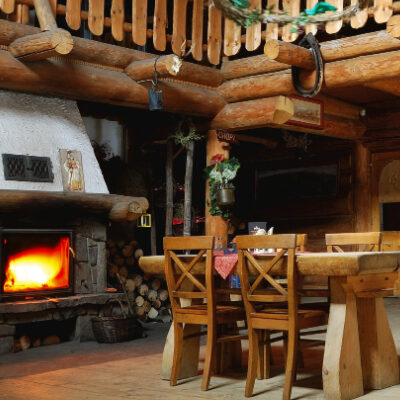 Shylai’a’s head bolted upright, awake, with the morning sun streaking across her eyes.

She sucked in a quick breath and blinked to clear her eyes. She was sitting at an inn table, her arms folded on the battered wood in front of her, where her head had just been. She jerked her chair back, away from the table, almost knocking it over.

Korr leaned back in surprise. He had a steaming bowl of porridge and a couple of boiled eggs before him, along with a glass of ale.

“Are you all right?” Korr set down his spoon.

Shylai’a sat back and looked around. Oh, yeah. Here we are. At that Dancing… Dancing Something Inn. She pulled her hair back out of her eyes and flexed her shoulders. She tried to smile at Korr, but it probably didn’t work. My hair must be a mess.

She reached across the center of the table and took a few apple slices from the bowl there. She started eating and asked, “Where’s Parith?” She swallowed, “and the spider?”

“He’s upstairs,” Korr responded between bites. “The man he was waiting for finally arrived just a bit ago.”

Shylai’a nodded. “We’ve been here all night, haven’t we?”

“Us?” She looked curiously at the table.

“Yes, well, you had already fallen asleep at that point. I tried to rouse you to come up with us, but you threatened me with a particularly violent death if I didn’t let you alone.” He looked up past her shoulder and gestured to the innkeeper, then nodded.

She didn’t remember that. “I must have been tired.”

Other memories came back to her as well. Ari had led them through the maze of narrow streets to the wall of Centertown and had helped them scramble on top of it. Below they had seen the back courtyard of the old palace compound. Across the yard stood another wall and a tower. With skittering and clicking, Ari had confirmed that this was where she had smelled Illariel and that Eddiwarth was probably with her. Her shoulders sank as she remembered what had happened next.

“They’ll be bringing you some real breakfast in a minute,” Korr said, “I just wasn’t sure when you were going to awaken.”

She whispered, “Parith is probably still really mad, isn’t he?”

The innkeeper brought her a hot bowl of porridge. She picked up her spoon and lifted a large glob. It didn’t look too appetizing.

Once they had decided that their friends were probably in the tower, Shylai’a had simply drawn her sword, and she and Ari walked to the far side of the wall to scale down. Parith had grabbed her shoulder and spun her around.

“Are you crazy?” he had hissed at her. “You’re going to just climb down and stroll across the courtyard? What are you going to tell the Dragon’s flame wizards standing guard on the parapets over there? Or the dragons they probably have on the other side of the wall? ‘Oh, excuse me! Don’t mind me! My spider and I are just passing through…’”

“Yeah, well,” she had spat back at him, just a little less quietly, “I’m going to go do something. I’m done with all the planning and plotting.”

“But we have no idea where they are! Or what we’re up against!” He had stepped toward her.

She stepped forward, too, glaring at him, eye to eye. “So, then let’s go find out!”

The argument that had followed had escalated quickly in intensity and loudness. He had insisted they needed more information to make a plan. She had been through with waiting and planning and searching. He’d not wanted to all die so quickly, and she had insisted that he wasn’t their commander.

Finally, she had stormed away from Parith. “I’m done with you! Come on, Korr!” She started to climb over the parapets before she noticed that Korr hadn’t moved. “You coming with?”

Korr had glanced between the two of them, then up at the sky. “I think it would be best,” he said, “if we all fled.”

Parith looked at him with a confusing twist of his brows.

“…from them!” Korr finished, pointing upward. Shylai’a saw a flight of two patrolling dragons swooping low toward them. Flames! We’ve been seen!

They had all scrambled down the wall the way they had come and spent the next hours trying to evade the danger.

“Yeah, I kinda didn’t handle it that well, did I?” She mumbled, half to herself. She took a bite of guel and grimaced.

A man wearing a brown cloak descended the stairs quickly and rushed past their table toward the main door. He threw on a small hat and hunched his shoulders as if trying not to be seen. It didn’t fit his posture, which was a bit too soldierly to be sneaky. As he hurried by, his cloak blustered open revealing a white shirt with red trim. House Northolt. What’s he doing here? Korr watched him carefully, then returned to his breakfast, blowing on his spoonful.

“That’s the man that met with Parith. He might be down soon. Or maybe not. He was awake most of the night trying to find this contact.”

“I thought he was upstairs with you.”

“I,” he hesitated, “I didn’t want to leave you down here alone.”

Before she could react, Parith rasped out, “Good Morning,” as he pulled a chair out from under the table. He spun it around and slipped his leg over it, sitting down backward. “Don’t we all look lovely today?” He leaned forward onto the back of the chair and offered Shylai’a a sort of half-smile. They each looked around the table in awkward silence.

Shylia’a opened her mouth to speak, but the hesitant apology caught in her throat. She dropped her eyes and lifted another bland spoonful. “So, do we have a plan?” She had tried to make that not sound like a challenge but realized that it probably had, anyway.

Parith glanced at her, then nodded. He leaned in and spoke low. “That man is with what’s left of House Northolt’s army. They’re still trying to lead a resistance, but there’s not much remaining. Their Lord has been killed, and they’re being led by their high prince.

“He said that they have informants in the palace itself and that a lot of prisoners are being held in that tower we saw, including Eddiwarth and Illariel. There’s a page girl named Mithrabella that can help us. He said he’ll get word to her. All we have to do is get into the palace and find her, and she can lead us to our friends.”

Shylai’a looked at Korr, who leaned back and asked, “So, we just need to get in.”

Parith nodded, “If we can get Ari to help us over that second wall, we can probably do it. It’s too bad we don’t have a shadow stone to hide us in darkness.”

“Didn’t you say,” Korr thought out loud, “that you were healed by a homeless shadow mage when we first came to the city?”

Parith pursed his lips and raised his brows.

When I was setting up the characters for the party of the third book, I worked out each one’s role in the 5-man band. Parith was the smart one. The one with the intelligence, but not so much in a learned sort of way, like Granthurg had been. Parith’s intelligence was more social. He has been able to find people and find information. He can gather intelligence.

As a result, the word “intelligence” takes on a double meaning, here. More than just being smart, he’s the one who can find out what’s happening in the palace, who to connect with, and get all of the intelligence on how to get Eddiwarth and Illariel out.