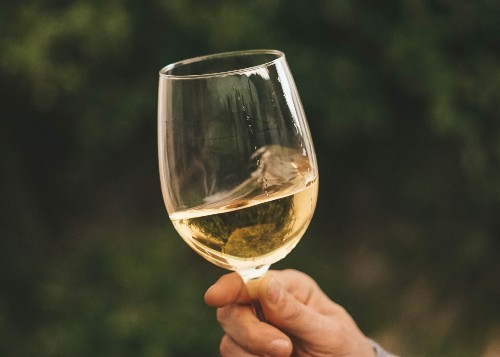 The crack of lightning jarred Tonklyn awake. His eyes hurt, pounding with each pulsing of his veins. He closed them again, then reached up to rub his forehead. He slowly opened his eyes. They’re just not adjusted to the light yet. But it was still dark. He fixed his gaze on the drapery surrounding his bed. There was no bright morning sunlight filtering through the gaps.

Is it still night? He reached up and pulled the drapery back. The room, what little of it he could see, was dim, with a faint bit of light coming from his right. What’s happening? He pulled the drapery fully away and sat up swinging his legs over the edge of his bed. Instantly, his head pounded with the drumming of an army of footsoldiers and he sank back to the bed. He covered his face in his hands and tried to breathe slowly to stop the pain.

It gradually eased and he gingerly raised himself, leaning back on his hands. He wiped the sweat from his forehead. Why is it so hot in here? He sat fully forward and tried to take off his nightshirt. That’s not my nightshirt. He looked down at the dark fabric. He was still wearing his ministerial robes. With a squint and a frown, he looked around the bed. He was sitting on top of his blankets, not tucked in between them. What happened here?

Glancing up at the light, he saw a small table set with dinner with two place settings. The meal of a rich roast loin and vegetables still sat underneath an ornate lamp with a single light oculus glowing gently over the plates. Two seats were there, one of them tipped over onto the floor. Tonklyn stared at the setting as if he were seeing it for the first time. He stood slowly, but still felt a wave of dizziness and pain rush through his head.

Gentle chimes sounded. He was surprised, even though he’d heard them many times before. The clock over the fireplace pinged once, twice, three times. Three of the clock? Why was I asleep in my robes?

He stumbled to the table and leaned over to sniff the food. It was cold and bland.

Mithrabella. Mithrabella was sitting right there. He pointed to the upright chair by the bed, as if he were trying to explain it to himself. She sat there. We were dining and conversing. She was smiling.

The light of the oculus reflected off the plates and the finely polished surface of the table. He leaned on it for support and ran his hands through his damp hair. He wiped his eyes and looked at the tumbled seat. That would have been my chair. I set her in this seat, pointing again, so that she would be closer to the bed. So that it would have been easier to guide her there when…

His eyes grew big and he gasped. Her wineglass was properly placed to the upper right of her diner plate. He snatched it up by the stem and looked at it closely. There was a slight smudge of a deep red on the edge where her lips had been, and the sharp and sweet smell of the light amber wine. He grabbed the lamp and held it up, shining its light through the wine. He set her glass down and picked up his own. Distant thunder rumbled a deep growl.

He hesitated. There hadn’t been anything wrong with her glass. The wine looked as pure and natural as it had straight from the bottle. He took a breath and held his glass to the light. Squinting through the pain, it didn’t take him long for him to recognize the subtle difference, the ever-so-slight browning of the wine.

His eyes narrowed and his brows furled. His sweaty face flushed with anger. He swirled the glass and watched the moving liquid make the light of the oculus dance as it refracted through. This was supposed to be her glass!

He set down both the lamp and the glass and looked at his fallen chair. Why would she do that? She was with the new High King! From simple page girl to consort of the King, that’s quite a jump!

His head was dizzy for a moment, and he pulled her chair away from the table and sat down, leaning on the table and massaging his head.

“The dagger!” he blurted out, jumping up and thrusting his hands into his pockets. He pulled out only his ring of keys. Eyes wide with fear, he turned his pockets out, but they were empty. His pulse thumped in his head. “Where is the dagger?”

He lunged to his bed, yanked the blankets and sheets, and flung them to the floor. He wiped the sweat dripping into his eyes and pushed over the table. It crashed and clattered on the floor. He grabbed his staff and the oculus hanging from the end flared into light, illuminating the entire chamber. Leaning over, he kicked through the scattered plates and food. “Come on, come on, where is it?”

He stood, breathing in gasps, staring in horror around the room. “She took it. She’s taking it to Exakas right now. I can’t let them have it. That’ll spill the whole pot of soup! They can’t know I don’t have it.” He ran to the door. “I’ve got to stop her. She can’t do this to me!”

The door swung open and one of his guards carefully leaned in. “Your Highn–Your Majesty?” he hesitated, “Is everything well?” He glanced at the toppled table and the scattered roast.

“No!” Tonklyn shouted. “It is NOT well! Find the girl! FIND HER NOW! Sound the alarm!”

He thought and quickly added, more quietly, “No! Don’t! Get a few of you, the best you can. Find her, but don’t wake the dragons! They must not know!”

The guard took his spear, snapped a salute to his chest, and raced away.

Tonklyn pounded his staff on the floor with an angry grunt and followed after him.

I’ve said before that Tonklyn is not a nice guy. Many times, I’ve said that, here in these notes. Aside from murder and plotting the downfall of hominid society, this is another scene, where he dabbles in harassment of one of his sweet, young subordinates. He’s done harassment to her before, by simply being demanding and forcing her to watch and document many horrific acts perpetrated by both him and Kirraxal.

But in this scene, he takes his harassment to the next level by forcing her to have a “romantic” dinner with him in his chambers, then trying to drug her. This situation has a temporarily happy ending for her, as she figures it out and switches the wineglasses. While he’s knocked out, she does her own bit of espionage and runs.