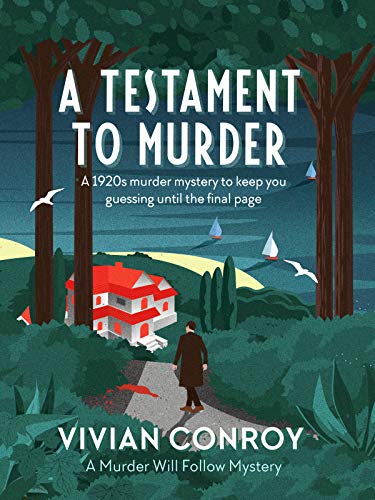 One rich and dying old man.

The son of his business partner and his ex-wife.

His loyal and devoted former secretary.

His neighbor (a retired police inspector).

One last will and testament, naming one heir

For only one day each.

I’m usually not a big fan of mysteries, but I thoroughly enjoyed this one. It was fun to sit back and watch these shallow and privileged characters try to outhink, outmanipulate, and outwith each other, and their potential benefactor. It was fun to watch them all descend into their own personal hell of paranoid panic as their well-hidden pasts boiled up to the surface and were revealed.

I imagine it was pretty difficult for Ms Conroy, as a writer, to set up so many complications while setting up so many diverse personalities. However, she pulled it off marvelously. It was clear who each character was and what their distinct problems were.

By the time of the surprise at the end, when the good inspector reveals the truth (but not his own motivations), I felt like these people pretty much all got what they deserved.

A Testament to Murder is a fun ride, and I strongly recommend it!