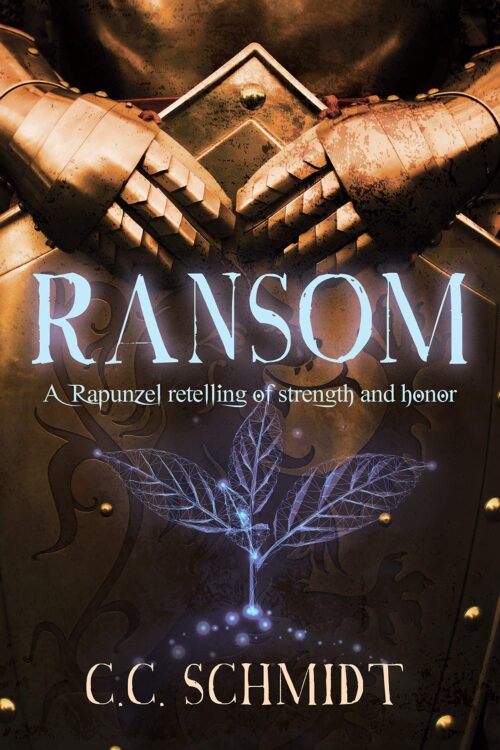 A Rapunzel Retelling of Strength and Honor

Calie Schmidt is a relatively new author, her first book (a children’s retelling of the story of the Little Drummer Boy) having been published in 2019. “Ransom” is her first YA book, a novella retelling of “Rapunzel”.

This one is gender-swapped, too, meaning that the main role, the character in the tower, is a young man with strength and rejuvenation powers, named Ransom. The visitor that helps him with his eventual journey is a girl, Mel (Imelda). The mother figure is also swapped to be a man, a gruff and imposing figure named Draven.

The story is basically a fun romantic adventurous romp that pretty much follows the disney version of the story (with a few exceptions in the middle chapters). There is a little bit of a twist in the resolution as well, but I won’t spoil that for you. Calie’s wordcrafting is really well done, and she draws the reader in.

In spite of it just being a bit of light reading, there are a few themes that bear mentioning. She says it’s a story “of Strength and Honor”, but I think it’s much more insightful as it looks at what it’s like to be trapped in a situation, how scary it can be to try and escape it, and how easy it is to go back to it. The three witches in the forest also give you a little side lesson in prejudging other people’s motives.

Really, if you want a quick feel-good story with some heart for an afternoon’s reading and you don’t mind that you already pretty much know the tale, Ransom will do it for you!