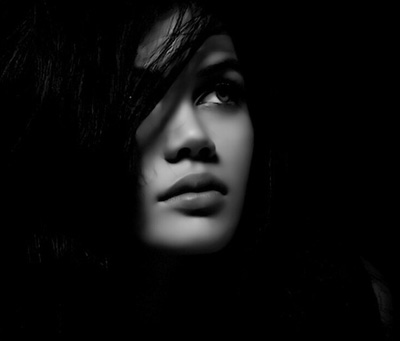 The magic dragon is sick.

“Heathrax?” Thisraelle called out, her breath misting before her in the thin air of the mountaintop. Even as the summer sun rose in the sky, there was still snow here on the peaks of Emberfire. She floated out of the sun and into the shadow of the cave opening. Suddenly engulfed in darkness, her elvish eyes struggled to adjust.

“Heathrax? Are you in here?” She waved her hands toward the large crystal light oculi and they began to glow, illuminating the familiar study lair. To her left were large flat tables shaped by shifting up the stone floor with the powers of nature. She had helped raise and smooth them as one of her first projects in learning that magic. They were covered in books and scrolls. She looked past the tables into the chamber beyond, full of shimmering crystal and gem formations of many different colors.

But there was no sign of Heathrax. Where has he been?

She drifted into another chamber, off to the right. It was just as beautiful if only a bit smaller. It was more sparsely furnished, with just a resting dais for the dragon in the center and natural crystals and columns of stone. And, like the first chamber had been, empty of the dragon she was searching for.

A thunderous rumbling echoed through the caverns and she winced and quickly covered her ears. It was a part growl, part throaty retching, with just a bit of a hacking sneeze. Beyond Heathrax’s dais, a tunnel lit up with bright orange firelight reflecting up along its walls. After the initial flash that accompanied the coughing, it continued to burn, flickering with gradually lessening intensity.

She started to drift toward the tunnel opening as a long, raspy snort echoed up through its hollows. The heat and the acrid stench of burning dragon bile started to waft across the cave. Her face twisted in revulsion. She quickly pulled up her scarf and held it tightly over her mouth and nose. Steeling herself, she flew along the corridor.

It sloped sharply downward, then opened up into the upper vault of a large hollow. Way below her lay Heathrax curled up around himself. To the right of his massive head, the stone chamber was in flames as the rest of the mucus the dragon had spewed gradually burned itself out. The smell and smoke filled the upper ceiling of the chamber where Thissraelle flew. She fought the urge to vomit, herself, and dropped quickly to stand next to her mentor.

“What are you doing way down here?” She asked, “How long have you been here?” She dropped her scarf and walked toward him. He lifted his head and set it down next to her, blinking his tired eyes. His shoulders hunched for a moment in what she could only assume was a shrug.

He raised his head on his snaking neck and stretched. “I’m fine.”

Thissraelle tentatively stroked the thick scales of one of his taloned fingers. It was easily as big around as her waist. It didn’t feel any warmer or cooler than usual. “You don’t look fine. You’re hacking your guts out. You’re not getting the pox again, are you? What are you doing out here in the cold?”

“I don’t just teach you. I have my own studies to do, too, you know.” He turned his hand over and she climbed into his palm. He lifted her. “Besides, I can keep myself warm.”

“Can’t you study in the Vast? You wouldn’t get sick there.” She scolded, folding her arms.

He shook his head. “It wouldn’t work.” She cocked her eyes with a skeptical look before he explained, “You can’t study time in a timeless place like the Vast. For that, you need to be somewhere like The Great Reality.” He uncoiled his tail and back legs and began snaking and walking over to a large outcropping of rock. It was a translucent sort of crystalline shape, spiking out in all directions with huge polyhedral protrusions. As the fires dimmed, she could see a dull glow from inside it, sort of the neutral color of the underside of a cloud. Like it wanted to be white, but it wasn’t quite there.

He reached out and set her on the stone floor before it. She stepped up close and peered into its reflective depths.

“Amazing! It’s like there are millions of little points all swirling around in circles in there.” She touched its smooth, cool surface. “It’s an oculus, right?”

Heathrax nodded, then coughed lightly to clear his throat.

“You can control time with it?”

“Oh, heavens, no.” He chuckled. “Not yet, anyway. I’m just experimenting. Honestly, I’m just hoping I can get it to let me see through time.”

“Heathrax?” A faint and distant voice bounced down through the tunnel and settled onto the two of them. “Heathrax?” The dragon’s head snapped up to look for the voice. Thisraelle’s gaze followed. She leaped up into the air, forming globes of glowing light energy in her outstretched palms. Who is that? And how did they find him? The voice was light, maybe even feminine. That doesn’t sound threatening. Not yet, anyway. I’ll need to be prepared. Thisraelle circled the chamber, looking for a defensible position, climbing slowly higher. She saw Heathrax stand on his back legs, circling his hands before him in a protection weaving magic.

“Heathrax? Have I found you? I have a very important message for you from Immadrik SpiralMaster and Seeker Prime!”

Thissraelle and Heathrax exchanged glances. Hers was worried and suspicious. His look was less so, but he still narrowed his eyes. He finally nodded to her and raised himself, waving through the dim air toward the tunnel. She dimmed the light power in her hands, but did not extinguish them entirely, then followed.

This girl’d better not try anything.

As Thissraelle emerged from the tunnel into the resting chamber, she stopped. A robed figure paused near the dais, bowing to Heathrax. After Heathrax returned the nod, she stood.

“Thissraelle!” Her voice shouted, and she lifted her hands to throw off her hood.

But now, the next few interactions she has with him show some of his weaknesses. This is always fun for me, as an author, to dig deep into my character’s pasts and their fears and draw those up into real and immediate actions. I mean, a part of me loves a good paragon that always does the right thing and easily knows what that right thing is. If that paragon is a dragon, then how much cooler is that? Right?

What about your life? Who is your magic dragon, and what have you learned from them, in spite of their weaknesses? Post in the comments below.