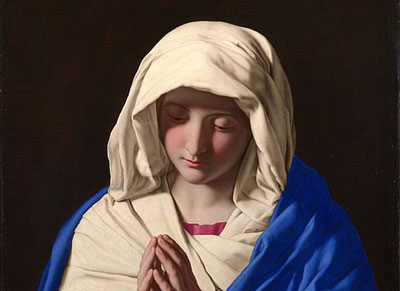 For the Love of Parents…

Eddiwarth took a deep breath and stepped toward the door. It was a solid wooden door with a square top and several wrought iron horizontal cross braces. A little graying was some evidence of weathering but didn’t seem to be as old as those of some of the other houses nearby. The trim and bracing on the white and brown wattle and daub house also looked a bit newer, as well as the overhang of the house’s second story. Eddiwarth knew why.

He reached for the handle and paused. It was the same polished brass handle that he had grabbed every day of his childhood as he ran in and out of the door. They managed to save it. Even made it shine again. That bit of familiarity made him smile.

The door, of course, had been replaced. The original had been almost completely burned through when his father had come home and found him. The memories of that day still scarred him. He ran his fingers through the bumpy skin under his scraggly beard, thinking.

“Uh, you gonna knock?” Shylai’a asked from the road behind him.

Eddiwarth glanced back. She stood with her hand on her hip in an impatient posture. The late afternoon sun cast shadows across the houses on the other side of the narrow street, making the doorway dark. Not as dark as full night, of course. Still, there was enough shadow to hide some of the old burn marks in the wood. He thought about her suggestion. Should I knock? Or should I just go in? This is my house, after all. At least it had been. A few years had passed since he last lived here.

Three years ago, he had been taken to the school at the Wizard’s Guild and enrolled. His father had done that for him. Eddiwarth had wanted it, too, but it had happened very suddenly. Was that for me or him?

Eddiwarth’s mind drifted further back to that night where he had been playing with the blazing magic and lit the house on fire. The first time. The next time hadn’t been as bad, but he could still remember his father’s look of disappointment, defeat, and fear.

He raised his hand to knock, but stopped. I’ll just disappoint him again. I mean, what have I accomplished? What have I done since then?

Shylai’a looked at him and shook her head. She sucked in a deep breath then let it out in a long sigh. Stepping forward, she elbowed him aside, raised her fist, and rapped her knuckles hard on the wood. She glanced back at him with an irritated half-smile.

Eddiwarth’s heart froze. What is she thinking? I should run. I should get out of here! I should—

The door shook momentarily, the latch rattled, and then turned. The door swept inward a foot or so, and a slim human woman in a long light blue dress peered out of the gap. She was wiping her hands on a deep brown towel flecked with flour and stained with cooking oil. Her dark and curly hair was tied back behind her head, except for the few strands that had come loose to hang in her eyes.

The sight of her grabbed his heart and twisted it around his stomach.

For a moment his head swam in a deep sea of nothingness. Even the Vast had color. Love, anticipation, and fear all choked his throat. No words came through the jumble and his feet sank, immobile, into the cobblestones below. Mother…

“Hello, lass,” she said to Shylai’a, with a hint of confusion in the lilt of her voice, “what are you needing this fine afternoon?”

Shylai’a shrugged. “Not sure.” She pointed back at Eddiwarth and mumbled, “Ask him!”

Eddiwarth’s mother’s eyes opened wide as she saw him. Her hands flew up to her face, dropping the towel unnoticed into the dust at her feet. “Eddi…?” Hearing her voice say his name again put a wide smile on his face and he stepped forward. His mom slipped past Shylai’a and rushed to embrace him, swinging back and forth in his arms. He felt her arms tight around his shoulders, gripping him with a strength that took him by surprise. He welcomed the embrace, returning it with warmth and relief.

She suddenly released him and stepped back, cupping his face in her hands.

She quickly embraced him again. “Oh, Eddi, I was so afraid you had died. When those dragons attacked the church, and then the guild was raided …”

Eddimarth smiled past his mom’s shoulder at Shylai’a, Who looked a little bewildered. Behind her, an older elven man appeared in the doorway. He stood still with a gape of disbelief on his face.

Eddiwarth released his mom and stepped forward to face his father. He took a breath and steeled himself, but he wasn’t sure what for. What is he thinking? What will he do? Eddiwarth hesitated, then extended his hand.

Eddimarth’s father took a step, grabbed his son by his shoulders, and pulled him into a strong embrace, patting him on the back over and over.

Eddiwarth’s fear and anxiety dissipated into the evening breeze. They broke apart and stood without speaking for only a moment when his mother interrupted.

“And who is this sweet one that you’ve brought home to meet us?”

Shylai’a threw her hands up defensively and her eyes grew big. “Oh, no no…”

Eddiwarth interrupted, “This is Shylai’a. She just recently joined our group of friends after a tricky altercation out on the Riverfront. She’s good with a sword”

Eddiwarth’s father shook her hand and his mother waved her toward the house. “So, you two aren’t, well…”

Shylai’a scowled at Eddiwarth through narrow eyes. “Oh, no. No, not me. He’s already been claimed, I think.”

“Oh!” Eddiwarth’s mom responded before an awkward moment’s quiet. “Well, come in, come in!” she said as she ushered everyone toward the door.

For most of the grownup people I know, their relationship with their parents (moms and dads) is, at the very least, complicated. We all love our parents, but we also know their weaknesses and their foibles. When we were teenagers, for the most part, they drove us crazy, because of course, we all knew so much more than they did. But then, our parents got a lot wiser. As our own adulthood crept up on us, we started to see our parents more as “other people”.

Now, in my place in life, I love and respect my parents, but I can also see their own foibles in me as well. Really, when my parents drive me crazy, it’s because I’m driving me crazy!

Eddiwarth’s parents really had a tough situation. What do you do with a child that is so disruptive? I’ve seen parents in this situation and it’s not easy, and I don’t have any solutions. I don’t know if Lylee and Mellar made the right choice. Ultimately, growing up is all on Eddiwarth.

How’s your relationship with your parents? Do you get along?