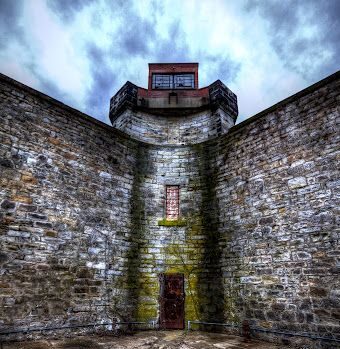 Who Do You Serve?

Tonklyn unlocked the door and stepped out of the small round hut built over the tower’s central spiral stairway. The light of the oculus on the end of his staff danced across the rain-wet stones of the top of the tower. The air was heavy and damp. Though the rain had stopped hours ago, the clouds still obscured the night sky.

He re-locked the door and strolled to the parapets, resting his hand on the damp stone. The tower wasn’t the tallest in the city, but the battlement was a large open space with a good view of the city. Lights spread out below him, blinking and reflecting in the sprawling darkness.  Shadowy flights of dragons swept the air. Occasional spots of the city, especially in the Outerwall, burned brighter but Tonklyn was too far away to hear the shouting and roaring clearly.

I have returned to my city. Now, I am its Liege Lord.

He breathed the air and stretched his shoulders in circles.

A deep and angry growl sounded behind him.

He spun, his hand on the hilt of the dagger. His eyes met the focused gaze of a dragon, just a few yards away. He raised his staff to shine the light more brightly, revealing the shiny green and brown scales of Xintalan. She narrowed her eyes and hissed through the sides of her mouth.

Tonklyn gripped the dagger but didn’t draw it yet. Neither he nor the dragon moved for a few heartbeats. He dropped into a shallow crouch, ready to strike. The wet stone beneath him felt slippery. His heart rushed. How did she get up here? No one knew I was coming up! What is she thinking? He tried to read her expressions, but all he saw was mistrust and… fear, maybe?

Xintalan broke the silence first. “So, will you kill me now?”

Tonklyn relaxed his tension some, then stood upright. He breathed deep to calm his heart. He lowered his staff but didn’t release his grip on the dagger. “No.” He declared, “Nor will you kill me.”

The dragon nodded and turned her head. “You play your games very well.”

He nodded back to her. “Castles, yes. I don’t like lots or cards.” He stepped over to the parapets again, trying to seem more confident, more casual but still keeping a wary eye.

Her huge head followed him. “You don’t leave things to chance, do you? Too much risk?”

“Risk is messy, as is sacrifice, but both are sometimes necessary.”

“Sacrifice? You mean like Telix?” A hint of anger decorated her tone.

“Didn’t he return from Emberfire?”

Tonklyn eyed her with a smirk. “Did you like him?

Xintalan harrumphed. “He was an imbecile.” She drew in a breath, then mumbled, “but at least he treated me with respect.”

She looked away, then added, “I guess sacrifice is necessary as long as it’s some other piece on the board and not your own.”

Tonklyn shrugged. “That’s the game. If you sacrifice yourself, you lose.”

The dragon shook her head. “And all of those dragons that just died? The ones enslaved like warhorses in Emberfire, the ones that you promised to liberate? Were they a necessary sacrifice?”

“They fought well. They almost brought the city down. Those that lived are now free.” He gestured out over the city. “Look at them now, enjoying their liberty.”

“They are free only to serve you,” she snarled.

Tonklyn smiled. “Everyone serves someone, right?”

“Yes.” Xintalan drew herself up and flexed her wings. She jumped onto the parapets. “And who do you serve, Your High Majesty?”

When he didn’t answer, she leaped off the battlement, spread her wings, and dropped into flight.

Tonklyn watched her soar away. A drop of rain fell on his hand, then another on his face.

I serve me! Why is everyone else so concerned about that?

Author’s Note: Who to Serve?

This is kind of the key to Tonklyn’s story arc (spoiler alert, he has to figure it out in Book 4!), and he thinks he has it figured out. What he’ll be learning is that basing his life on serving himself puts him on pretty shaky ground.