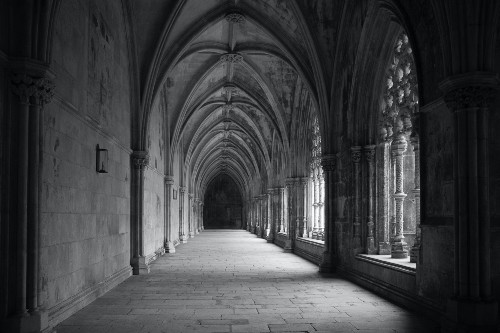 Thunder only happens when it’s dramatic

Photo by Margarida CSilva on Unsplash

“I’m not mad!” Parith insisted, trying to keep his voice down.

Shylai’a had to hurry to keep up with him as he strode along the slight curve of the dim palace corridor. The wall to his right was divided by part of the exterior buttress supports with circular windows of stained glass between each one. Rain pelted against the panes. At his left, the wall held arched wooden doors every ten yards or so. Oculi in reflective domes hung suspended over the center casting a dim glow over the gloom.

“Why don’t I believe you?” She grabbed his arm, spinning him to face her. Her hair was still damp and a strand clung to her cheek. “You were expecting him to just sit in his cell and wait for us?”

“Let go of me! I’m trying to find him!” He shook her hand off. Korr and Ari stopped in the hallway behind them, waiting, but not so patiently.

Of course, I’m not angry. Why should I be angry? After all those days that Eddiwarth and Illariel had been missing and all of the effort and planning that I put into finding out where they were, all we found was a flaming empty cell with a flaming flamed-out lock.

Parith turned to move again and felt the hilt of the dragontooth dagger in his belt as it poked his side. It was a not-so-subtle reminder of more things to deal with. Now that we have it, what do we do with it? Kill the dragons? No. I need to just find Eddiwarth and Illariel and get us all out of here. He looked down the hall in both directions. Which way to go? That man is always getting us all in more trouble, and then I have to clean it up. A bright flash of lightning scattered patterns of colored light over Parith and the wall beside him. Moments later, a rumble rolled across the palace.

“He could be anywhere in this stone-shaken palace,” Parith mumbled before walking on, “I’m trying to track him, but between the dragon smells and that spider stinking up the place…” He paused, not sure how to finish, so he just tossed up his hands.

Korr glanced at Ari, who tilted her head. “I think she may be trying to signal to Illariel. She was quite agitated when we found the holding cell empty.” Ari’s clicking seemed to imply agreement.

“Look,” Shylai’a said, then shook her head and frowned. Parith paused but didn’t turn around. Shylai’a took a breath like she was trying very hard to control herself. “I know you’re worried about them. I know you’re trying to figure things out. I know I keep messing things up for you. I’m not trying to be a pain. I just think that…”

A loud growl rumbled through the musty air, making Parith and the others freeze. That didn’t sound like thunder, and there was no flash. A quick glance at the others showed they’d realized it, too. A second roar sounded, and they all turned toward the sound, toward the nearest door. It hadn’t sounded very distant, but the heavy wood of the door muted it. Korr moved up to the door, placing his ear against the wood. Shylai’a stepped down the hallway a few yards and set herself in a protective stance to cover the group.

Parith leaned in close. “What do you hear?”

“I heard it! Illariel?” Shylai’a said over her shoulder and shifted her sword.

Parith tested the door handle. Locked. Not a big surprise. “Do we know what room is beyond this door?”

Ari hissed out a long high squeal and thumped the floor with her front legs, one after the other. She scrambled up the wall over the door, past the team, and scampered farther down the hallway. Within seconds, she had vanished around the curve.

“I think she smells them! Should we follow her?” Shylai’a asked. Parith shrugged and pointed at the door.

Korr glanced at the two of them before running after the spider. Shylai’a gave Parith a backward smile as she leaped off behind Korr.

Parith took a deep breath that was supposed to be calming, unslung his bow from his shoulder, and sprinted along the hall to join them.

He will kill us all…

Why is it so often in my stories that at key scenes in the drama, it’s raining?

Yeah, I know it’s a trope, and I know that the rain and the distant rumble of thunder is a cheap way to ramp up the drama. I get it. But it works. It sets the mood.

So, let the thunder roll!