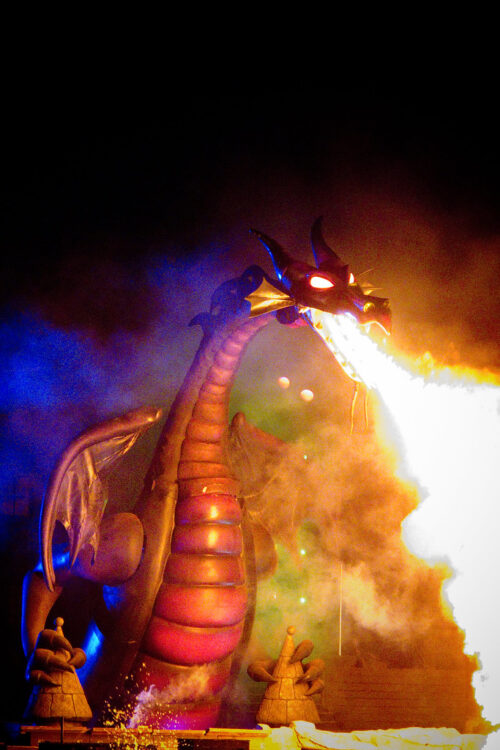 Time travel can be quite tricky

The wrenching, twisting in her gut jerked. Her legs and hips snapped painfully into place with a sound like a whip being cracked. She tumbled through space, trying frantically to right herself… upward? Opening her eyes, she saw a young thin girl in a white dress above her head. If Thissraelle had been floating upright, the girl would have appeared to be only a few feet tall, no older than four or five winters. She had long, white hair that hung over her shoulders past her hips.

Thissraelle twisted in the air, rolling until the girl was correctly in her field of vision. The girl stood on a chair, reaching up to the edge of one of the storage shelves above her. This looks familiar. Is this a pantry? Thissraelle drifted a little closer.

The girl giggled, pulled herself up, and stepped onto one of the lower shelves. Her tiny hand gripped the shelf above it then stretched to reach for the next one up. Oh, this won’t end well. Thissraelle moved closer and opened her arms out to catch the girl. I’m not here! I can’t help her!

“Thissraelle!” her mother’s voice called from the other room. Thissraelle and the girl both jerked their heads. Thissraelle’s jaw dropped and she looked back at the girl’s smiling, giggling face. That nose! Those dimples! This room! I remember this!

The shelf leaned, groaning, away from the wall. Jars and pottery clinked and rattled as they tilted and shook. The girl giggled again and lifted her leg to another level. The whole cupboard tipped more, and dishes slipped off the upper shelf, falling toward the younger Thissraelle. The girl lost her grip and fell backward. Thissraelle screamed. Suddenly, everything slowed, and Thissraelle felt her reaching arm begin to stretch away from her and swirl into a twisting vortex.

Thissraelle pointed away with her free arm and waved her hand, directing her will. A blue glow surrounded her younger self, and the shelves and all the clattering and clashing pottery and dishes smashed around her, bouncing off the glow. The collapsing cupboard tipped away from the girl, landing on the floor with a crunch. Thissraelle, like a twisted rope, slipped into the void.

She shrieked without a sound as her bones and sinews distended in the storm, pulling her away.

Thissraelle saw him flying through the cold air, blasts of fire shooting from his hands to keep him aloft. Where is this? He’s wearing that cloak he got in TreeHaven! Eddiwarth spun in the deep chasm between the steep mountain ridges, throwing the fire from his hands at a large green dragon standing on the stone bridge below him. The blasts struck the dragon and exploded, but only did a little damage to its thick scaly hide. Eddiwarth, the energy of his levitation lost with his attacks, tumbled down and landed hard against the dragon’s side. Eddiwarth! He didn’t hear her. Did I really shout or was that just in my mind?

Before she could answer, she saw herself on the bridge below her, hurrying toward a prone figure draped over a fallen pillar. Parith! He’s hurt! Karendle should be here, too, and Korr! We’re all about to die! Her horror flashed through her memory, her heart racing as screams and explosions split her ears. She covered them, screaming. I can’t handle this! Heathrax, save me! Pull me back from the storm! Please! Save me! Eddiwarth?

She gasped as she lurched and twisted again, then painfully snapped into place. As she opened her eyes, she saw Eddiwarth standing in the middle of a large and open hall. It was dark, dimly lit by overhead oculus chandeliers. She instantly recognized it as King Hastonne’s throne room in his Royal palace. She had been there many times with her father, but it was different now. It was darker, and… burned?  Eddiwarth’s eyes were downcast, his shoulders slumped, his long, curly hair cascading down over his face. Her heart pounded in her head, and she reached out to him. Eddiwarth! She wanted, even ached to rush to him and hold him, her one rock of stability in the chaos.

Three enormous dragons circled him, snarling and menacing. One, a fierce and massive red beast roared and shouted at Eddiwarth. Slowly, Eddiwarth lifted his head to look at him. He said something to the dragon, but he spoke too quietly. She couldn’t make out his words. Thissraelle quickly moved closer.

Eddiwarth just glared into the dragon’s eyes. Thissraelle saw a deep sadness on his face, and she suddenly felt like he was a much older soul than the troubled little boy that had kissed her when he left Emberfire. Older, and much sadder. He raised his hand and showed the dragon a red gemstone. It was the same raw red gemstone she had given him in her home in Emberfire. Did he save that? Everything about him sparked sweet memories, his arms, his smile.

Thissraelle immediately recognized the dagger resting on the ground at his feet. It was a white blade, with intricate carvings. It was the dragon’s tooth dagger that Granthurg had shown her so long ago. Edddiwarth didn’t jump to pick it up or slash it at the dragon, however. In fact, he wasn’t even looking at it, like he hadn’t even noticed.

Even still, the dragon pulled its huge head back in alarm and shrieked out a roar, his belly and throat quaking. The other two dragons also reared back, gurgling up their flaming bile.

“Eddiwarth!” She screamed. Startled, his eyes jerked up to meet hers as she floated above the scene. For the quickest moment, he smiled to see her there.

Then the dragons, retching and heaving, vomited three streams of fire down onto him, splattering burning globules onto the floor all around his feet. Intense heat erupted from the bright conflagration raging where he had been standing.

“NO! Eddiwarth! No!” Thissraelle screamed. Her hands reached out for him and she rushed forward. The now-familiar stretching tug gripped her feet and pulled her away, like an expert chef pulling out noodles. No! No! Let me save him! I can save him! The darkness closed around her.

She flailed around in the void, in the emptiness. Her arms reached for something to grab onto and pull her back to him. No! Let me go to him! She saw clouds of color and floating rocks rolling past her in the dark Vast. She turned and twisted, searching one stone, then another. Where’s the portal? Where’s the storm? Where am I?

She dashed about, flashing around the many rocks and asteroids one at a time. None of the great islands of matter floating near her looked at all familiar. Where is Eddiwarth? Where is Heathrax? Where am I? Eddiwarth?

I have to go to him. I have to save him. She began darting around the void, looking for any way to get back to Wynne, to Twynne Rivers. Where is it? Where am I?

She drew up short with a gasp, frightened, when she saw a man floating next to her in the Vast. She backed away in the air then looked at him quizzically. He had long dark hair, chiseled features, and a full beard. His eyes burned deep into her, but filled her with breath, with calm.

He just reached out his hand to her. His face was serious.

“Can you take me to Eddiwarth?” He made no response.

One corner of his lips turned up slightly in a sad smile. “I remember the last time you asked me that.”

“You’re St Ivarr.” She whispered as she suddenly recognized him. Her hands flew up to her lips and her eyes burned. “…Is… Is Eddiwarth dead?”

“You asked for someone to save you.” Saint Ivarr gestured with his hand again. “Come with me. Let me take you home.”

When you’re writing, time travel makes it so you have to plan out more and more carefully. Part of this scene actually happened at the end of book 2, and I had to plot out this scene way back then. Then, another part of this scene is soon to happen. That’s what time travel requires, lots of plotting.