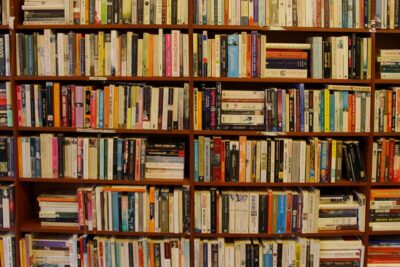 Is he a Machiavellian?

Tonklyn sat at the head of a heavy wood table and smiled. The surface was smooth and polished under his fingers, inlaid with geometric patterns of different hardwoods brought in from the deep of the Umbrawood Forest. The edge was decorated with detailed carvings and ornate work. It was wide enough that a man could have laid across it and still have had room to stretch. It was also long, at least 25 feet, and ran down the center of the main hall in the Royal Library.

The table was surrounded by velvet padded chairs every few feet, crafted from the same wood as the central part of the table, as well as the shelves standing in rows on either side. Tonklyn smiled with satisfaction to see that nothing here was burned, shattered, or damaged. Indeed, in this space, it was almost as if the last few days hadn’t even happened. Except for the presence of Dragon’s Flame footsoldiers in a nice row between the table and the lines of shelves, one might not even realize that destruction had been raging just outside the walls.

A page girl stood nearby nervously tapping her foot. She looked human, but not much taller than a high elf would have been, and a bit gangly, probably in her mid-late teens. Her eyes, partly hidden, partly enlarged by her spectacles, looked to be the same dark brown as her hair, which was pulled back and up into a tightly tied bun atop her head. Several quills dangled from it, shaking whenever she moved her head.

Tonklyn smiled for a moment. I was like her. How many times I fetched tomes and scrolls, from all over this library, bringing them back to the sages and scribes sitting at this table. They all discussed and debated history, philosophy, sciences, citing each other’s words and stroking each other’s pride.

Tonklyn had spent many hours up late in the night reading the works they had cited just to build up the courage to join in. Tonklyn frowned as he remembered the day he had dared to speak, to interject a thought. One of the older sages had made a point, and Tonklyn posed a question to him.

Several of them had looked at him with a glance of indignation, one had quietly laughed, but the others, including the speaker, just went on with their discussion as if he hadn’t even been there.

Tonklyn tapped the table in front of him with his fingertip as he thought. That sage sat right here, in this very chair. I remember. I sat over there… He glanced at a chair to his left.

She cleared her throat. “I’m so sorry, Your Excellency, I’m sure they’ll be right here.”

He smiled and pushed his chair back, crossing his knees. “What’s your name, Child?”

She shifted her weight and adjusted the board and ledger she held in her hands. “Mithrabella, Excellency,” she murmured.

He nodded. “Make sure that your notes are thorough. Historians will rely on them.”

“Oh, yes, Your Exce—“ As she spoke, four older men in robes hurried out of a corridor between shelves and into the great hall of the library. They approached the table with trepidation, but still quickness. Tonklyn recognized two of them from his years at work here. They were not of the highest order and that realization made Tonklyn frown.

They stepped toward the table, and the closest one pulled out a chair.

“Excuse me!” Tonklyn snapped. All of the sages froze mid-step and the page girl jolted slightly. “I did not grant you leave to sit.” The old men looked at each other with quizzical eyebrows. The foremost sage pushed the chair back under the table and rejoined his colleagues. He shifted his hands, trying to figure out how to hold them. Good. Good. I can keep them on edge.

Tonklyn sighed and said, “It’s so good to be back, to see you again. It has been a very long time.” He clapped his hands together in mock eagerness but still didn’t stand. “So many years, and so much has changed, hasn’t it?”

The sages stared at Tonklyn then glanced between each other. They hesitated, none of them wanting to speak. Finally, one ventured, “I’m sorry, Your Excellency, but…”

Another jumped in, “These last few days have been quite chaotic, and we didn’t track our appointments…” One of them hurried over to Mithrabella, reaching for her ledgers. She turned to open them.

Tonklyn interrupted them, “Oh, come now!” He stood and opened his arms to his side, “Don’t you remember me? You two at least should. I remember you well.” He gestured to two of the older men.

“And where is Master Pilchin? Is he still alive? Why hasn’t he come to join our reunion?” Tonklyn’s voice became harsh and measured.

One of the two Tonklyn had gestured toward cleared his throat. He spoke with a mix of defensiveness and indignation, “You’ll forgive my ill manners, Excellency, but… Who are you?”

Tonklyn jumped to his feet. “Who am I? WHO AM I? Well, I am the Lord Chancellor of His Royal Majesty King Kirraxal the First, now the liege of this land. He is the ascended successor to Maxxin the Third. That name should register with you if you have at all studied your history.”

The sages gaped at Tonklyn with horror.

“Yes!” Tonklyn shouted, “Maxxin the Third. The Reign of the Dragon Kings has returned.”

“Your king is dead! I watched him burn! Your city has fallen! What did you think was happening outside your pretty windows these last three days? Dragons, drakes, and soldiers have left your capital in flaming ruins! Kirraxal reigns and I, I am his Royal Chancellor! Didn’t you wonder why the dragons spared this building? They did so on my orders! Who am I? I am the one who saved your miserable lives!”

Tonklyn strode forward and grabbed the oldest sage by his robe’s collar, shaking the man. “Years ago, I used to work here, for you, pushing books and scrolls under your upturned noses. I came to you and Pilchin with a proposal. I wanted to search for Maxxin’s palace. You laughed. ‘That old palace was pillaged and buried centuries ago’ you said. ‘If it even ever existed’ you said. Now, do you remember?”

Tonklyn raged on, pulling the man close, “But obviously that old palace wasn’t empty, was it? And now the dragons are back. And look who came back with them! Now, do you remember me?”

The old sage nodded vigorously. “I do. I remember!”

Tonklyn’s eyes narrowed. “What is my name?”

Tonklyn snarled and tossed him to the floor. “Does anyone else remember?” He looked around at the horrified faces. He straightened himself and tugged at his ministerial robes, adjusting his sash.

“These men, once the smartest in the kingdom, now live with empty heads. So,” he hissed, “I want their empty heads swinging from the gate within the hour. Find Pilchin as well.” The captain nodded.

The men started to beg and scream in protest, but Tonklyn silenced them all with a wave of his hand. “Miss Mith-rah-bella,” Tonklyn emphasized her name. She straightened, eyes wide. “Make certain that this is written well, so that others may remember the name of Tonklyn, His Excellency the Chancellor.”

So, what’s his problem? Tonklyn is clearly NOT a nice guy. But what drives him? Is he a Narcissist, a Psychopath, or a Machiavellian?

Well, he clearly is full of himself and prideful, just like the Narcissist, and he does have a sense of entitlement. But he’s a bit too careful and organized like a Machiavellian would probably be. He also doesn’t have as many secret feelings of insecurity or vulnerability. He really thinks he’s tops.

The Psychopath is cold and remorseless and thinks that others are merely there to be used as pawns in his own game. However, that could be a part of being Machiavellian as well. In addition, Psychopaths are said to not favor long-term plans, and that’s clearly not Tonklyn.

Yeah, I’d say he’s Machiavellian, mostly. There are parts of his personality that manifest in the other areas, but I think the Machiavellian style covers him pretty well…