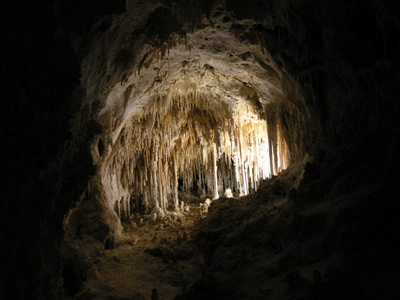 It’s not always easy being a pacifist

“Tarl!” Thissraelle shouted. She set her feet on the smooth stone floor, already running forward to embrace her friend.

Tarl returned the hug with a friendly eagerness. “Thissraelle! It’s so good to see you! And to see you well and happy.” She wore a plain gray robe, much like what she had that day in the Vast, so long ago. “You are happy, aren’t you? Maybe I assume too much. You did find Heathrax, though, I see.”

“Oh, yes! I did!” Thissraelle turned toward the dragon but kept her hand on Tarl’s arm. “Heathrax, let me present Tarl, of the Seekers. She saved my life from the burning cathedral. All of my friends, too,”

“And this is Heathrax,” Thissraelle continued, gesturing to him with an awkward toss of her free hand, “um… obviously.”

Tarl stepped toward Heathrax and bowed again, deeply. “I can’t even begin to explain,” her voice was hesitant, “the honor I feel to finally meet you.”

“Thank you.” Heathrax whispered, “And equally to you.”

“I’ve spent so long learning about you and your life, reading your poems and essays. I’m thrilled to be standing here.”

Thissraelle cut in, “Well, as thrilled as we all are, I’m trying to get this stubborn giant eel back into the Vast. He’s not feeling well, and if this morning is any indicator, he’s likely to hack up all of his guts and light the whole mountain on fire.”

Heathrax tipped his head toward her, rolling his great eyes. “I’ve never understood your constant human need to pretend you’re my mother.”

“Well, apparently, someone has to be. Come on!” Thissraelle stepped toward the cavern opening and extended her arm out to Tarl, inviting her to follow. “Speaking of poetry, thank you so much for the book. It was wonderful.”

Tarl turned with her. “Oh, did they help you find him? Did you like them?”

“Oh, yes, very much. He is a brilliant thinker. The best ones are his love poems.” Heathrax smirked with curiosity and floated along behind them through the chilly chamber. Thissraelle leaned into Tarl and added, “But, to be honest, I liked them even better when Eddiwarth read them.”

Tarl’s face lit up with unmasked excitement. “Eddiwarth? You?” Thissraelle just smiled and nodded. “Exciting! Where is he? I have to say hello.”

Thissraelle let out a breath. “Well, he’s not here right now. He’s in Twynne Rivers, with the other guys. They’re–”

Heathrax harrumphed and coughed. Thisraelle spun, unsure if it was something in his throat or an attempt to get their attention.

“Good ladies,” He rasped, in exaggerated formality, “I believe that I remember hearing that there was a rather urgent message for me from the Seeker Prime?”

Tarl also turned on her heels and bowed again. “Forgive me my distraction, Your…,” She paused, unsure how to address him, “Your…,” even gesturing with waving hands didn’t help her to think of anything.

Heathrax shook his head and a finger. “My simple name will do. Just… go on with the message.”

Tarl nodded. “Immadrik, the Seeker Prime, sent me to ask for your help. We know you to be a champion of all that’s good and fair and right in the world, and there is much going on that is trying to shake loose the stones of the earth.”

Heathrax settled his back legs on the stone, relaxing and sitting with his head hovering near his chest. He flicked his tail out behind him, then wrapped it around himself. “Tell me what’s happening.”

“Ever since the attack on the cathedrals, the Seekers have been paying more attention to what’s going on in the city of Twynne Rivers. There’s clearly been a lot of danger rising. At first, it looked like just more and more activity from the Dragon’s Flame. It has become clearer to us that a dragon in the western mountains is rising and exerting authority. We fear he may be trying to re-establish the reign of the Dragon Kings. If the violence of the cathedral attacks is any indication, that would not be good for any of the kingdoms in the Land of Wynne.”

Thissraelle interjected, “We were attacked by a couple of dragons when we met Heathrax. I’m sure they’d been recruited by the cult.”

Heathrax drew his head back, unsettled. She continued, “King Twynnham is using Houses Kaelig and Thornwell to implement martial law, and some in the street are calling for the dragons to come and free them from the growing tyranny of the King. If that happens,” She took in a breath. “Well, I’d rather just hope it doesn’t.”

The silence in the chamber was as harsh as the cold air. Heathrax closed his eyes for a moment and breathed a sigh. “And what does the Seeker Prime want from me?”

“Yes, ah, well, we’d like your help, of course, your guidance.” Tarl explained, “You are known to have fought valiantly for the cause of freedom and equity in the land. We need your power and leadership.”

The old dragon coughed and shook his head. The shake rippled down his cloud-gray scales, tossing sparkling dust loose in the air. He turned around and started back into the now-dark tunnel he had come from. “If you had studied my life as you say, you would have already known my answer, and you would not have bothered to come.”

“Sir?” Tarl said, with a worried tone, stepping forward. “Please let me speak with you…”

“No.” Heathrax just shook his head again. “I am old and tired of fighting other people’s wars. I am done.” With finality, he fanned his tail and disappeared into the depths of the cavern.

“Heathrax…” Thissraelle called out, but she didn’t know what she could say. She and Tarl exchanged glances of concern.

“Heathrax! Sir!” Tarl exclaimed, “They have the dagger! Even your own life is in danger!”

Thissraelle took her friend’s arm and turned her around. “Wait, what?”

Tarl just looked at Thissraelle’s intense eyes and pulled away. “They have the dagger, the Dragon’s Tooth dagger.”

“Ah, the Dragon’s Flame.” Tarl hesitated, her voice soft and unsure. “Why?”

“That’s what Eddiwarth, Parith, and Korr are looking for! The Dragon’s Flame has it? That can’t be!”

“They can’t have it! That’s not possible. Granthurg has it! He would…” Thissraelle’s eyes flared in horror. She covered her mouth in her hands. “No! Granthurg! What’s happened to Granthurg?” She leaped up into the air and flew out of the cavern.

“Thissraelle! Where are you going?” Tarl shouted, trying to follow. She stopped, then spun to look toward the dark tunnel, then back to glance after Thissraelle.

Author’s Note – A Pacifist and A Dragon

Part of my own personality is to avoid confrontations. I’ve always admired those that could make pacifism work in life and the world. But being a pacifist might help you get out of fights in the short run, it can also cause problems in the long run.

Heathrax has withdrawn from the world. He’s a pacifist, but that has turned him to isolation and outright rejection of the rest of the world. He likes to think of himself as enlightened and wise, and he is, but that has also led to some bitterness and cynicism.

What about you? Are you a pacifist or a militarist, or somewhere in between? Comment below!