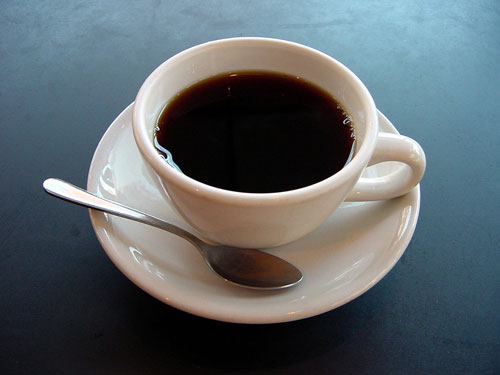 What’s in a name?

A breeze of hot summer air wafted through the kitchen window across Shylai’a’s shoulders. She shook the top of her shirt to try and waft the air in and cool her back.

Eddiwarth’s mom put some bread on the table in front of her. The crusty and yeasty smell wafted past them and made Shylai’a breathe deep. After a moment, a mug of warm brew sat next to it, adding rich darkness to the odor. Shylai’a looked up and smiled. “Thank you, ah…,” she hesitated, then asked, “What is your name, anyway? I’ve been here for days, and I don’t know your name.”

Eddiwarth’s mom sat down across from her, sipped from her own mug, and smiled. “I’m Lylee of Mellar. Though most people just refer to me as ‘Mellar’s wife’.”

Shylai’a frowned. “That’s sad. Don’t you want to get your own earned name?”

Lylee shrugged and sipped again. “I think that by now, that is my earned name.” She thought, then added, “I have lived well and raised my sons. Who knows, maybe they’ll go out and earn great names.”

Shylai’a gestured to the bread with a question on her face, and Lylee nodded approval. Shylai’a broke off a big piece to eat. “I guess that’s what Eddiwarth wants, right? A great name.” I guess that’s what we’re all wanting, in the end.

Lylee shook her head. “I worry about that boy. I always have. He tries hard, very hard, but things always seem to blow up in his face. Quite literally, sometimes.” She rested her hands on the table. “He has always had a hard time fitting in, finding his place.”

I do know that feeling. But it’s not helping to shut himself down, either. He needs to get up and take charge of himself. You don’t get anywhere if the world is passing you by.

“His father pushes him so hard. I’ve tried to be patient and kind, but it’s been very difficult when he’s burning the house down.”

Shylai’a almost dropped her bread. “Did he really do that? He kinda told us about it once, but I didn’t believe him. I didn’t press him on the story.”

“It was this house.”

Lylee nodded. “We fixed it. That’s how he got the burn scars on his neck and face. He hides them with his scruff of a beard and a bit of illusion magic, but they’re there. A mom can still see them.” She lifted her mug and took another sip, then looked out the window with a furrowed brow. “What’s that noise?”

Shylai’a perked up. “What noise?” She listened for a moment and heard some distant voices calling out.

“Sounds like some shouting. Maybe SummerFest is getting started, after all.” Lylee settled back into her chair then continued her thoughts, “…and I don’t know about this elven princess. I’m glad he has friends to support him, but he needs a strong girl right by his side, not some magical wizardess hundreds of miles away. Someone with determination and drive, as you have.”

“He needs direction and focus. You have that.”

Shylai’a set down her cup. Oh, no. I’m not dealing with a matchmaking mom. I can’t even find my own way, much less fix her broken son.

“It’s the Summerfest, a time of couplings and weddings,” Lylee went on to say, but her words were drowned out by a screeching roar rushing over the home. The windows were momentarily darkened by a shadow rushing past and the walls quaked with the fleeting wind.

Shylai’a jumped to her feet. “What was THAT?”

Eddiwarth appeared in the kitchen entrance, leaning on the wall for support. “Shylai’a! Where’s Korr? Are Parith and Illariel back yet?” He looked at his mother. “You and dad should get downstairs right away.”

Lylee stood with her hand to her heart. “What is it?”

More screaming came through the window, closer this time. Eddiwarth strode to the courtyard. “Dragons. Attacking. I saw them flying over from my window. KORR!” he called out, then directed his voice back inside. “Mom, go get downstairs. Come on, Shylai’a, we’ve got to find Illariel and Parith. People are probably getting hurt!”

Wait, what? I thought he was still in bed. Dragons? Shylai’a glanced at Lylee, then checked for her sword. As another dragon roared in the distance, she ran after Eddiwarth.

In the open air of the courtyard, she smelled burning and smoke in the wind. Above the wall around her, she could see plumes of smoke starting to rise above the city. Dozens of beasts flew around them, large and small, drakes and dragons, their roars punctuating the screams of people down below. She stared at the sky, dumbfounded. Eddiwarth grabbed her arm and tugged her toward the stable gates.

“Behind you!” He shouted, coming out of the house.

“No, mom. I have to go get my friends.” He called back, already at the gate. “Find dad and get in the basement!”

Korr crossed the courtyard and opened the gate. Eddiwarth ran out, tugging Shylai’a behind him.

What’s happening? This is the flaming end!

Author’s Note: What’s in a Name? – The Earned Name

All Throughout “A Tale of Heroes”, I’ve hinted at a concept called “The Earned Name”. I haven’t really explained it, except in the rule book for “The Hero’s Tale RPG“. Here it is:

In the land of Wynne, everybody has three names: a chosen name, a given name, and an earned name. Your chosen name is chosen for you by your parents when you’re born. Shylai’a is her chosen name. The given name may be given to you by your extended family at the time, or it might be given simply based on your parents, your residence, or some other identifier. So, she’s often called “Shylai’a of Twynne Rivers” or “Shylai’a of the OuterWall”. While she was in the militia, she was probably referred to as “Shylai’a of Kaelig”.

An earned name, as it is implied, is based on something you accomplish in life. Lots of people dream of heroic earned names, but most end up with something related to their day-to-day work or position in life.

Shylai’a, of course, still wants a great earned name. She wants to be taken seriously as a fighter and leader. Eddiwarth wants his earned name so he can establish his worth in Jaxil’s eyes. Thissraelle’s earned name, Dragonfriend, is one she’s not sure of.