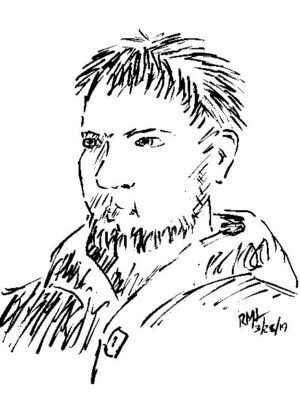 Story 3 – Of Wizards and Dragons

Tonklyn begins the story by investigating the site of the manor where DeFrantis, Karendle, and the children were held. They look for remaining soldiers of the Dragon’s Flame cult and find none. They also look for a particular magical dagger and spell books, but don’t find those, either.

Later, Tonklyn returns to Twynne Rivers and meets with local leaders of the Dragon’s Flame and members of the Bishop’s Council of the Church of Three Lights. An attack on the Church’s Grand Cathedral is planned, to shake up the Church’s leadership and discredit the rival Wizard’s Guild.

In Twynne Rivers, Parith Laren, a wood-elven adventurer, meets Maan Korr, an acolyte of disciplined martial arts. Korr explains his task to find a man named Heathrax and deliver him a message from Korr’s teaching master. Their search eventually leads them to the ancient records of the Church’s Grand Cathedral.

At the monastery near Dirae, Thissraelle and Karendle are clashing and arguing. Karendle leaves, wanting to return to Twynne Rivers so she can trade the entrapment oculus she carries, which carries a captured wizard, for other oculi to allow her to continue working magic.

Thissraelle also meets St. Ivarr in a dream and is also told to find Heathrax. Granthurg and Eddiwarth prevail on her to return to Twynne Rivers to look for Karendle first. They leave, but DeFrantis and Antonerri must stay to care for the children in the orphanage at the monastery.

While in Twynne Rivers, Granthurg looks for his old employer Rinkmorr, who left a presumably magical dagger in Granthurg’s protection. Others who want the dagger attack Granthurg, and he and his friends in the Old Steersman Inn fight them away. His friends tell him that Rinkmorr is most likely dead.

On a dark, rainy afternoon, Thissraelle and Eddiwarth are near the Grand Cathedral and the Wizard’s Guild Hall, because they presume Karendle will be looking for the wizards that employed her. They find Karendle in the Cathedral. Using mental powers, they contact Granthurg, who is walking in a different part of the city.

At that moment, wizards leading drakes attack three chapels of the Church of Three Lights, including the Grand Cathedral and a lesser chapel near Granthurg. Thissraelle and Eddiwarth join Karendle and begin helping in the fight and healing the victims. They encounter Parith and Korr as well, defending the monks of the church. A priest fights the drakes but is killed by the wizards, who are wearing the robes of the Wizard’s Guild. They attack and overcome Thissraelle.

While the attack is raging above, Tonklyn is sneaking through the catacombs of the Grand Cathedral. He kills two of the guards he encounters and breaks into a chamber to steal the ancient shadow spell books. He is upset that the dagger was not there.

Granthurg also leaps to the defense of those in the chapel in the other part of the city. In the process of chasing one of the wizards into its bell tower, a large drake attacks him, grabs his leg, and flies away, carrying him. It’s not strong enough to carry him far, so they fall into the Wynne River. Granthurg uses the dagger to stab the drake, killing it.

After the fight, Granthurg spends some time healing from an infection in the wounds the drake inflicted. Then, he sneaks out and searches the city for Thissraelle and their friends. He can’t find any trace of them. Finally, he sails out of Twynne Rivers, turning his barge toward his family home in the Western Mountains.

A month goes by with no word from their friends, so Antonerri and DeFrantis marry in the monastery.

Finally, St. Ivarr visits Thissraelle again, and in spite of the fact that she is unconscious, renews her charge to search for Heathrax. Also, a swordswoman named Shylia’a is angry that she can’t join the City Guard, and encounters a strange old man preaching in the plaza.